At least 19 killed in train-bus collision in Russia 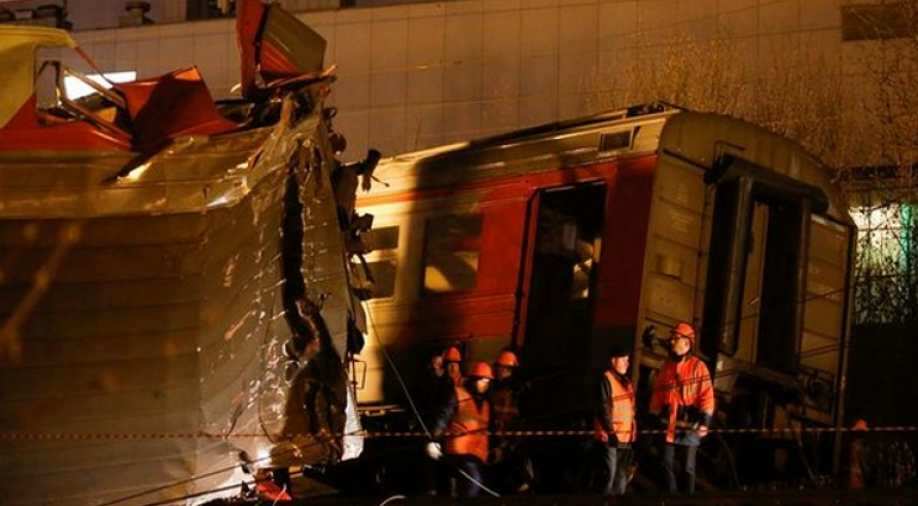 The bus drove into the train's path of the train at a railway crossing killing 19 in the Vladimir region east of Moscow. Photograph:( ANI )

The accident occurred during the night near the city of Vladimir, some 110 kilometres (70 miles) east of the Russian capital.

At least 19 people were killed on Friday when a train slammed into a passenger bus that had broken down on a level crossing east of Moscow, regional authorities said Friday.

The accident occurred during the night near the city of Vladimir, some 110 kilometres east of the Russian capital.

"According to the latest information, 19 people have been killed," the head of the regional health service, Alexandre Kiryukhin, told the TASS news agency.

The figure was confirmed by Russia's Investigative Committee which said it had opened an inquiry.

The regional interior ministry said the bus broke down on the level crossing. The train, travelling from the western city of Saint Petersburg to Nijni-Novgorod, east of Moscow, slammed into the bus at 3:29 am (0029 GMT) on Friday.

All of the dead were onboard the bus.

"There are no victims among the train passengers," the ministry said and released pictures of the wreck of the bus near the railway track.

The foreign ministry of neighbouring Kazakhstan said that the two bus drivers, one of whom was killed, were Kazakh nationals.

It also said that 55 nationals of Uzbekistan were on the bus, the Interfax news agency reported.

Bus accidents are common in Russia. Seventeen people were killed in August when a bus carrying construction workers veered off a pier and plunged into the Black Sea.