Armenia and Azerbaijan again accuse each other of ceasefire violation 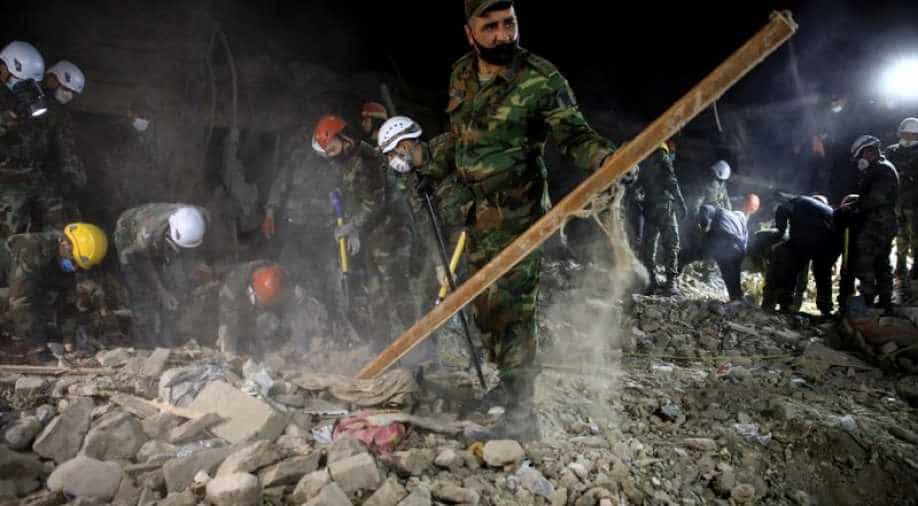 Azerbaijan and Armenia Saturday continued accusing each other of fresh attacks in violation of a week-old Russian-brokered truce that has failed to halt the ensuing war.

Baku said 13 civilians were killed and more than 50 were wounded in the city of Ganja by an Armenian missile attack, while Yerevan accused Azerbaijan of continued shelling.

The Azeri Prosecutor General's office said a residential area in Ganja, the country's second-largest city and miles away from Nagorno-Karabakh, was shelled by missile strikes and around 20 apartment buildings had been hit. Armenia denied the claim.

"They will be held responsible for that ... If the international community does not punish Armenia, we will do it," he said.

"We are dominating the battlefield," he said, adding that Azeri armed forces never targeted civilian settlements.

He reiterated his stance that Baku would only stop its offensive once Armenia withdraws from Nagorno-Karabakh.

In Ganja, rescuers worked at the scene on Saturday morning, picking through rubble, a Reuters photographer said. Some houses had been almost levelled. An excavator was clearing the debris.

The Armenian defence ministry denied the Azeri claim on shelling cities in Azerbaijan and accused Baku of continuing to shell populated areas inside Nagorno-Karabakh, including Stepanakert, the region's biggest city.

Three civilians were wounded as a result of Azeri fire, the Armenian foreign ministry said.
A Reuters cameraman in Stepanakert said he had heard several explosions on Friday night and in the early hours of the morning.

"We must defend ourselves, like any nation that is threatened with extermination," he told the French newspaper Liberation.

Baku said on Saturday that 60 Azeri civilians had been killed and 270 wounded since the fighting flared on Sept. 27. Azerbaijan has not disclosed military casualties.

Nagorno-Karabakh says 633 of its military personnel have been killed, and 34 civilians.

Australia: More than 200 people to test for HIV after COVID-19 test kit blunder