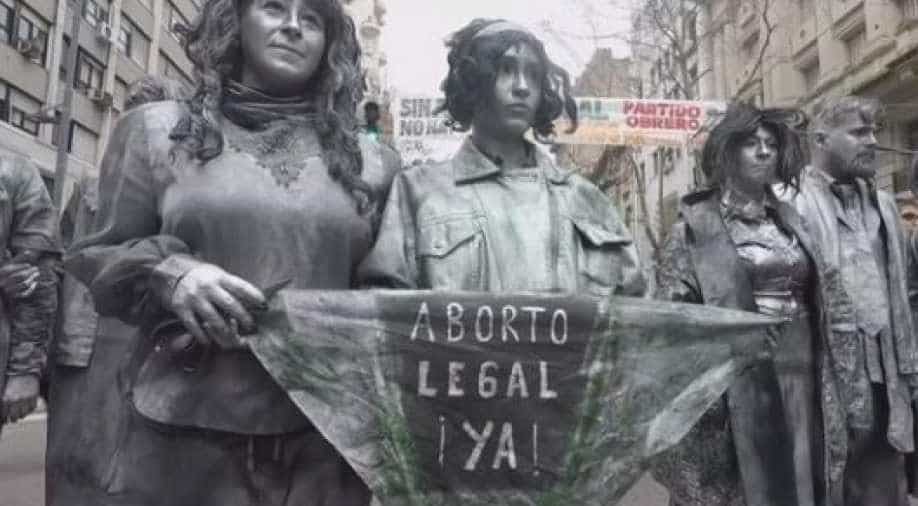 Argentine senators on Thursday voted against legalising abortion in the homeland of Pope Francis, dashing the hopes of women's rights groups after the bill was approved by the legislature's lower house in June.

According to an official tally, 38 senators voted against the measure to legalize the termination of a fetus during the first 14 weeks of pregnancy, 31 in favour, while two abstained.

The vote was welcomed by fireworks and shouts of joy among anti-abortion activists gathered outside of Congress.

At the other end of the square, tears were seen streaming down the faces of pro-abortion advocates, many wearing the green scarves that had come to symbolize their cause.

A handful of demonstrators started fires and threw stones as they clashed with riot police.