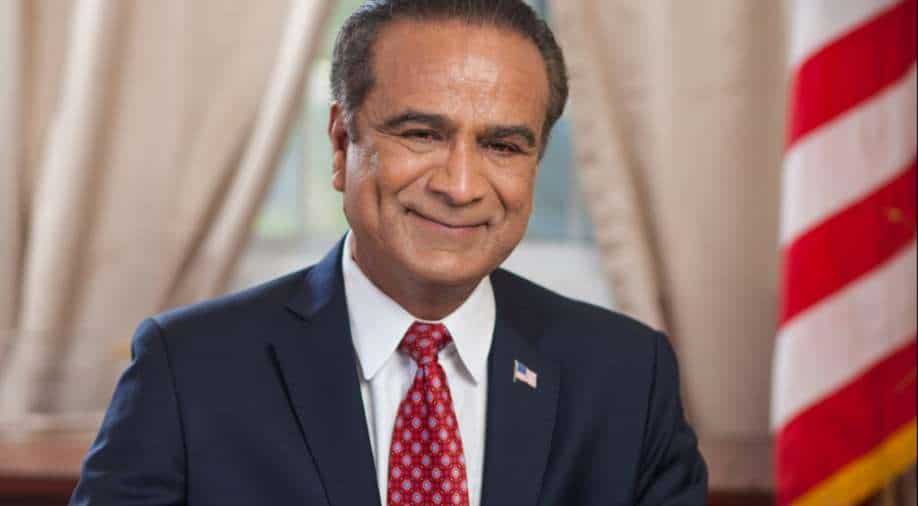 Sidhu, a former member of the City Council, is the second Anaheim official this week to resign from a political post amid fallout from the investigation, which appears to have gained traction after 2019, when the FBI arrested a local political consultant on charges of attempted bribery.

Grappling with a federal public corruption investigation into the sale of Angel Stadium in Anaheim, California, Mayor Harry Sidhu announced his resignation Monday amid questions about whether business leaders in the state’s 10th-largest city have wielded undue influence.

Sidhu, a Republican elected in 2018 to lead the Southern California city of nearly 350,000 people, has not been charged with wrongdoing. But documentation supporting a federal search warrant accused him of acting against the city’s interests while negotiating the planned $320 million sale of the MLB stadium to the owner of the Los Angeles Angels, its home team.

In an affidavit filed this month, Brian Adkins, a special agent for the FBI, alleged that Sidhu shared confidential information with the team at least twice in anticipation of a “sizable” donation toward his reelection this year. The affidavit did not include evidence that Sidhu had solicited such a contribution but cited surreptitiously recorded conversations in which he detailed plans to ask the Angels for “at least” $1 million in campaign help.

Sidhu’s lawyer denied that in a statement.

“A fair and thorough investigation will prove that Mayor Harry Sidhu did not leak secret information,” said Paul Meyer, the lawyer, adding that Sidhu “never asked for a political campaign contribution that was linked in any way to the negotiation process.” He said Sidhu’s decision to leave his post effective Tuesday was an effort “to act in the best interests of Anaheim.”

Last week, the rest of the City Council had asked Sidhu to resign.

Sidhu, a former member of the City Council, is the second Anaheim official this week to resign from a political post amid fallout from the investigation, which appears to have gained traction after 2019, when the FBI arrested a local political consultant on charges of attempted bribery.

The consultant, Melahat Rafiei, also served on a city commission, sat on the Democratic National Committee and was an officer in the state Democratic Party. She resigned from those posts over the weekend, writing on social media that she, too, was innocent of wrongdoing.

The charges against Rafiei were ultimately dismissed. According to the social media post and the federal affidavit, she then went to work as a confidential informant for the FBI, wearing a wire during meetings with Southern California city officials in a federal inquiry into a collection of local officials, business leaders and political operatives who exerted political influence in Anaheim.

In the social media post, she wrote that she had intended to “uncover corruption among Republican operatives.”

The investigation also has ensnared the former CEO of the Anaheim Chamber of Commerce. The executive, Todd Ament, was charged last week with lying about his assets to a mortgage lender in an attempt to use the chamber’s money to qualify for a loan to buy a vacation home.

Mike Lyster, a spokesperson for Anaheim, said the City Council would meet Tuesday to discuss the future of the stadium deal, an issue that raises broader questions about the future of a city known for its tourist attractions — Disneyland chief among them — and professional sports teams.

Right now, the city owns what Lyster described as an aging stadium, famously marked by a giant red “A” encircled by a halo. The stadium is surrounded by a sea of concrete, a parking lot that a company run by Angels owner Arte Moreno planned to develop with homes, restaurants, hotels and shops.

The investigation could impede the deal. In December, California officials found that the sale violated a state law requiring local governments to prioritize surplus land for affordable housing. Last month, Anaheim and the state agreed to resolve the matter by having the city pay a $96 million fine. But Attorney General Rob Bonta has since asked a judge to pause the resolution.

Lyster said if the deal falls through, it could affect whether the Angels stay in Anaheim.