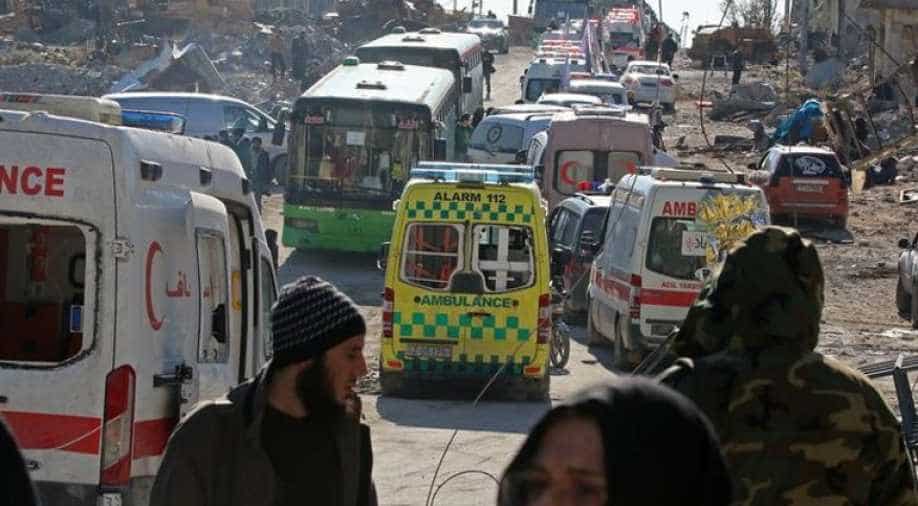 The evacuation, from the last rebel bastion in Aleppo, began on Thursday under a ceasefire deal brokered by Turkey and Russia that would end years of fighting for the city and mark a major victory for Syrian President Bashar al-Assad. Photograph:( Reuters )

The evacuation of people from eastern Aleppo was suspended on Friday and a Reuters witness heard at least four blasts at a location where buses had been departing.

A state-run Syrian TV station reported that rebels had breached an agreement with the government by trying to take prisoners with them during the evacuation.

A Syrian official overseeing the evacuation told Reuters it had been obstructed due to "obstructions".