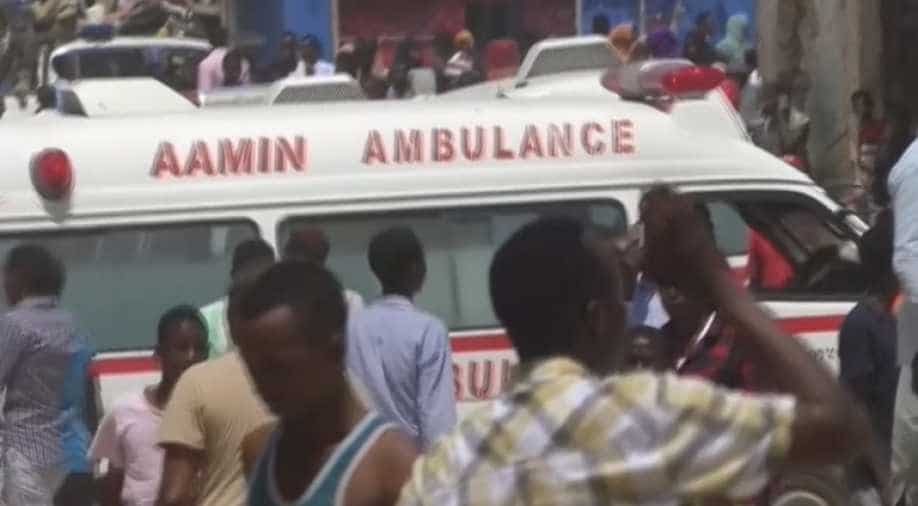 The aftermath of the car bomb attack. Photograph:( Reuters )

At least six people were killed when a suicide car bomb struck a local government office in central Mogadishu on Sunday, destroying the building and a Quranic school opposite.

Islamist militant group Al Shabaab said it was behind the attack on Hawlwadag district office, which also blew off the roof of a mosque and damaged houses nearby.

At least six people had been killed, including soldiers, civilians and the suicide bomber, and a dozen injured, according to police officer Mohamed Hussein.

The school was open but at the time of the blast most children were away from the building on a break.

Earlier the director of the Amin ambulance service told Reuters that at least 14 people had been were injured, including 6 children.

A Reuters journalist on the scene saw a human hand and blood stains in the rubble as people searched for survivors.

"We are behind the suicide attack. We targeted the district office in which there was a meeting. We killed 10 people so far, we shall give details later."

Somalia&nbsphas been wracked by lawlessness and violence since 1991. Islamist group al Shabaab is fighting to dislodge a Western-backed government protected by African Union-mandated peacekeepers.