Akbar Hashemi Rafsanjani: The mixed legacy of reform and pragmatism 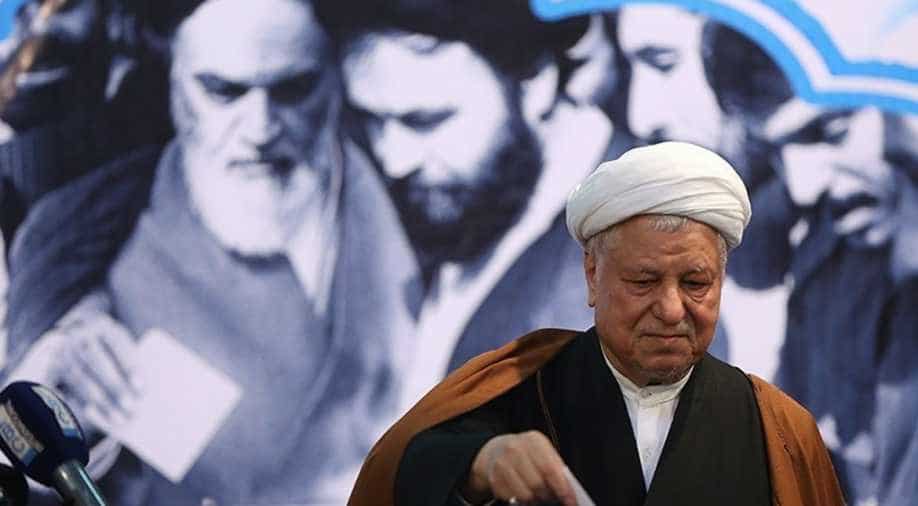 Unlike his mentor Khomeini, Hashemi was the go-to man for anyone who wanted to negotiate the many harsh aspects of the revolution Photograph:( Others )

The death of Akbar Hashemi Rafsanjani marks an important stage in the passing of the generation that made the Islamic revolution of Iran possible in 1979.

Rafsanjani held a series of important offices, including those of the powerful speaker of the Majlis, commander-in-chief of the armed forces during the war with Iraq, and the President of the Republic (1989-97).

Despite being known for his advocacy of the cause of reform in the Islamic Republic in the last three decades, for insiders in Iran Rafsanjani was the archetypal pragmatist who could work with both the hardliners in the regime and its critics with effortless ease.

In many ways, Hashemi was quite unlike his teacher and mentor, Ayatollah Ruhollah Khomeini. While Khomeini was a dour, ascetic-minded scholar of frugal habits from a poor clerical family, Hashemi was the son of a wealthy pistachio merchant from Kerman, who was known for his taste for many of the finer things in life, a love for money, luxury and, inevitably, corruption – he even made it into the Forbes list of millionaires at one point of time. In the three decades after the revolution, Hashemi built up a massive fortune that was the envy of even professional businessmen.

Far more significantly, unlike Khomeini - his mentor and the architect of the Islamic revolution - Hashemi was the go-to man for anyone who wanted to negotiate the many harsh aspects of the revolution -- umpteen numbers of people from the ranks of Iran’s various religious minorities (Jews, Zoroastrians, Christians, Armenian Christians and even in some cases Baha‘is) are known to have been shielded by Hashemi from excesses committed by zealots of the new Islamic regime.

Hashemi’s relationship with the revolutionary order is not susceptible of any easy analysis.

In the spring of 1979, the liberal democrats led by the prime minister of the provisional government, Mehdi Bazargan, wanted to submit the draft democratic constitution (which had little that could be mistaken as a theocracy) to a public vote, Rafsanjani warned him that he did not know what a whirlwind he was reaping.  Bazargan ignored him and put it to a vote, only to have the draft rejected by a revolutionary council, which then went on to push for a constitution that gave a great deal of weight to clerics.

In the revolutionary order that followed, Rafsanjani emerged as one of the six leading power-brokers on account of being among the most trusted confidants of Khomeini.

Three of the others – Motahhari, Bahonar and Beheshti were assassinated in 1981; Ayatollah Montazeri was designated to succeed Khomeini before he fell afoul of his mentor in 1989; Ali Khamenei held the Presidency of the Republic during 1981-89, and was then elevated to the rank of the Rahbar (Supreme Leader) of the Republic, higher than even the President. While none of the six (including Khameini) were accomplished as jurists or in terms of their learning, all were renowned for their political acumen – with Rafsanjani leading the pack by all accounts.

During the most crucial first decade of the Republic, when Iran was mired in its destructive war with Iraq, as the speaker of the legislative organ of the fledgling order, the Majlis, Rafsanjani helped put in place the wartime-socialist order under the leadership of the Prime Minister Mir-Hossein Moussavi.  He was believed to have been the pivotal force arguing for a rapprochement with the West (including the USA) towards the closing years of the war, and one of the strongest voices for ending the destructive war with Iraq.

In Iran, Hashemi would be remembered most probably for the Jihad-e Sazendegi (struggle for reconstruction) that he launched as the president, to virtually rebuild the country’s infrastructure and industry after the end of the destructive Iraq war.

Hashemi's two terms as president was motivated by the twin agenda of economic and social reform – the first associated with liberalisation of the Iranian economy and the reformist coalition called the Kargozaran; the latter with the agenda of social and political reform associated with the left-leaning group that came to be identified with Sayyid Muhammad Khatami.

Giving precedence to economic reform, Hashemi had to collaborate with the socially conservative but (economically liberal) group of the Conservatives.  So doing, he dismantled the highly regulated economic order that he himself had helped put together in the 1980s, and helped Iranian economy come back to life after years of dislocation.

However, economic recovery whetted the appetite for further reform, economic and socio-political ones as well, which Hashemi, dependent on conservative support, could not allow his associate Khatami to push through.

When Khatami and his reformist coalition of the Dovvom-e Khordad movement were returned with a much greater mandate than Rafsanjani ever had, the new president tried to accelerate the pace of reforms. He was, however, successfully stonewalled by the conservatives of the clergy-dominated unrepresentative body of the Council of Guardians.

At that stage, in his capacity of the leader of the Expediency Council that set up to remove any deadlock that might emerge between the popularly elected Majlis and the unelected Guardians Council on matters of legislation, Rafsanjani was noticeably less active than he had been virtually all his political life. His critics among the reformists used to believe that Hashemi could easily have made life a lot easier for Khatami had he so chosen.

Many among the reformists never quite forgave him for letting down Khatami, resulting in Rafsanjani’s humiliating defeat in 2005 in his attempt to win the presidency for the third time.

Rafsanjani also seemed to have learned his lesson by then, faced with the populist presidency of Mahmoud Ahmedinejad whose economic adventurism came to undo much of the gains made during the Hashemi and Khatami era. Thus Hashemi gave resolute support to the reformist candidate Mir-Hossein Moussavi in 2013 when Ahmedinejad defeated him in a disputed election.

Rafsanjani’s legacy is, thus, a mixed one.

His political ascendancy began in course of one of the most radical social revolutions that evolved into one of the most conservative political establishments in the 20th century.  And yet he presided over the first and most crucial phase of liberalisation of that very same order.

Almost all Rafsanjani's political allies of the revolutionary generation, including Ali Khamenei, hailed from among the conservatives of the Islamic revolutionary establishment, and yet almost all his protégées for the next tier of leadership of the Islamic Republic – Presidents Khatami and Rouhani, former Prime Minister Moussavi and the former Mayor of Tehran Gholamhossein Karbaschi – are reformists virtually to the last man.

Iran today is poised on a crucial turning point in its history, where either the Islamic Republic undertakes a series of restructurings and stabilises over the medium term; or else it fails to do so, and degenerates into a system that becomes more unstable in the medium run.  The good offices of Hashemi Rafsanjani could have smoothened this transition a decade and a half back; it remains to be seen if his absence from the stage impacts on the outcome in any way. 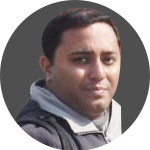 Kingshuk Chatterjee is assistant professor of history at Calcutta University. He specialises in the politics of West Asia and political Islam.