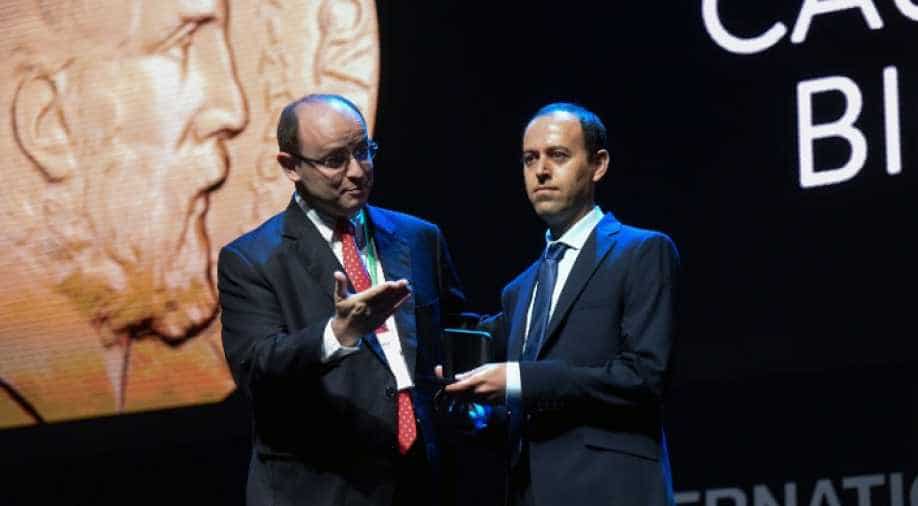 The 14 karat gold medal worth around $4,000 went missing after Birkar received it along with three other co-winners.

Caucher Birkar's prestigious Fields medal was stolen soon after he won the award at a ceremony in Rio de Janeiro, Brazil.

The 14 karat gold medal worth around $4,000 went missing after Birkar, 40, a Kurdish refugee received it along with three other co-winners.

"The International Congress of Mathematicians is profoundly sorry about the disappearance of the briefcase belonging to mathematician Caucher Birkar, which contained his Fields Medal from the ceremony this morning," organizers said in a note.

Birkar who was born in the Kurdish province of Marivan near the Iran-Iraq border took political asylum in Britain and is now a Cambridge professor.

In 2014, Maryam Mirzakhani from Iran had become the award's first and so far only female winner. She died in 2017.