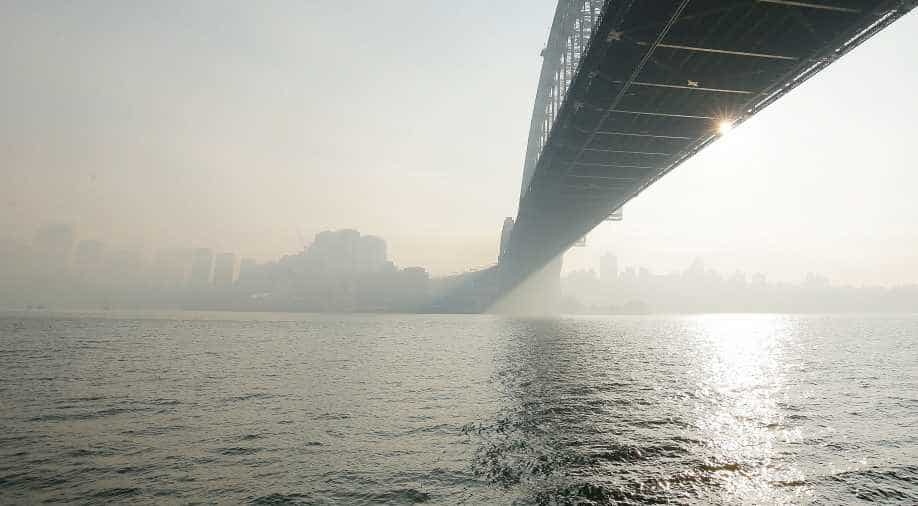 An unusual traffic caught Australia's capital city this morning. A man, dark clothes and sunglasses, was sitting on an arch of the Sidney Harbour Bridge.

The construction is more than a kilometre long and every day, thousands of citizens cross it to reach their offices in the city's central business district.

Harbour Bridge could have been a fatal climb, it the tallest steel-arch bridge in the world, measuring 134 m from top to water level.

The man climbed up around 9 am and sat with his arms crossed, after two hours he decided to climb down. According to the newspaper Sidney Morning Herald, he was on a taxi and asked the driver to stop for a while because he was feeling unwell.

The reasons behind this choice are still unknown.

During rescue operations, authorities opted for closing all the bridge's lanes, including the pedestrian's.

As soon as the improvised climber put its feet back on ground, the police arrested him and took him to a city's hospital for a complete check.
(Reuters)