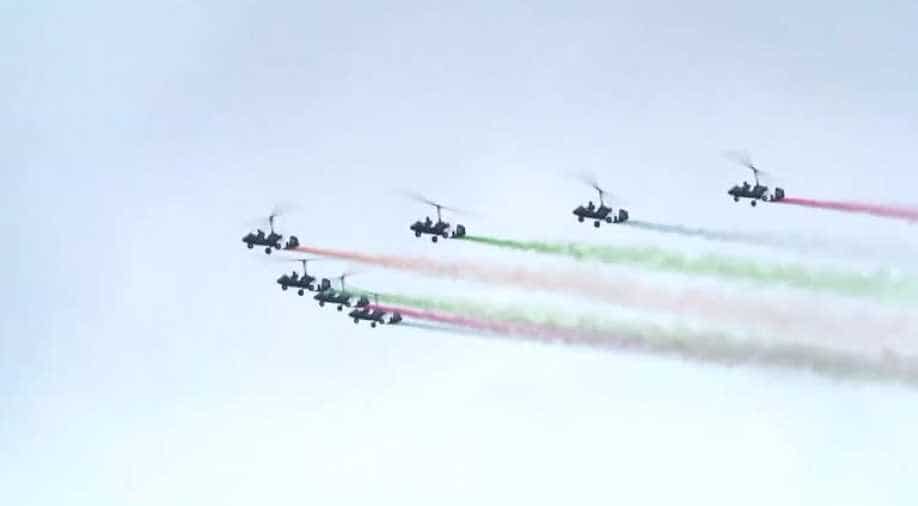 The three-day event has attracted over 100,000 aviation enthusiasts at home and abroad. In addition of watching aerobatics, they are also able to take an aircraft and experience a flight.

Over 160 aircrafts of more than 60 domestic and overseas kinds are on display at the exhibition area. General aviation companies attending the show hope to increase awareness of the industry which is just taking off in China.

"Policies are opening up for low-altitude flights, and the country's civil aviation administration has been encouraging and supporting the development of general aviation companies," said Zhang Xiaochun from Dalian Eurasian Helicopter Limited.

In 2016, China tripled the airspace allotted for low-altitude flights from 1,000 meters to 3,000 meters above sea level. The market for general aviation in the country is now worth tens of billions of U.S. dollars while the country is aiming to have more than 5,000 general aviation aircrafts in service in the future - more than triple today's number.

The General Aviation Industrial Base in Shenyang's Faku county plans to reach an annual production capacity of 1,000 aircraft a year in the future. However, that also increases the demand for pilots, which China is facing a shortage of. It is estimated that China needs about 100,000 new pilots to keep up with its booming general aviation industry over the next decade.

"The demand for pilots is huge, but training time is short. In addition, the awareness of general aviation is still under forming and we don't have big influxes of people learning about the aircrafts and how to fly," said Liu Guoyin, deputy director of Shenyang General Aviation Industrial Base.

Liu added that however, some of the tasks could be achieved with drones. Unmanned aircraft are now being used often in agriculture and prospecting, but experts believe that while they will no doubt help to ease the challenge posed by China's pilot shortage, drones cannot entirely replace human pilots - at least not for the foreseeable future.