37 injured in blast at chemical recycling plant in Spain 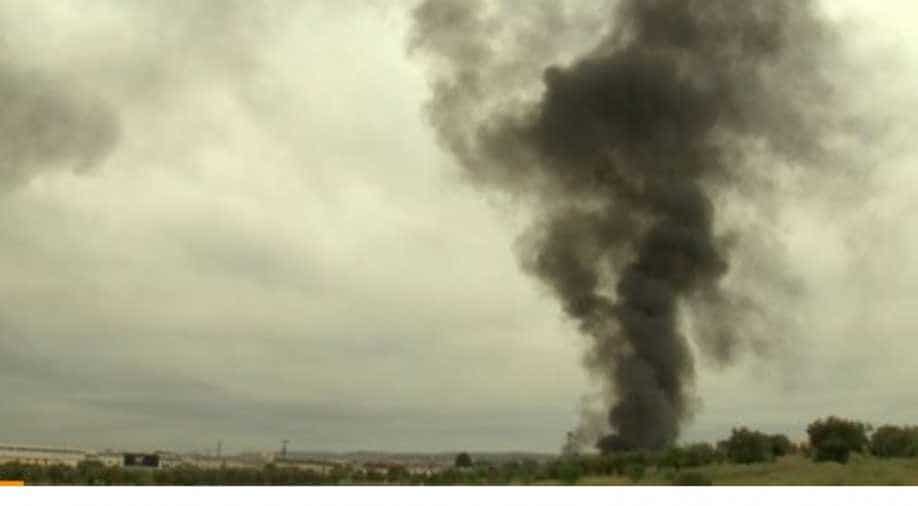 Several explosions ripped through a recycling site for hazardous chemical waste near Madrid, forcing evacuation of nearby schools||The Madrid regional government said people were evacuated from five schools and several workplaces in a radius of 500 metres

Several explosions ripped through a recycling site for hazardous chemical waste near Madrid on Thursday, injuring 37 people, three of them seriously, and forcing the evacuation of nearby schools, officials said.

Thirty-seven people were injured in the blasts and fire at the plant, the Arganda del Rey city hall said in a statement.

Firefighters said three of the injured were in serious condition, two for burns and one with a fractured pelvis.

It was unclear whether the injured were all workers at the plant.

Madrid's emergency services centre said on Twitter there had been "several explosions" at the site about 30 kilometres (20 miles) southeast of the Spanish capital.

The authorities are investigating the cause of the blasts.

The Madrid regional government said people were evacuated from five schools and several workplaces in a radius of 500 metres (1,640 feet) around the plant as a precaution.

"Neighbours have been asked not to leave their homes and to keep windows closed," a spokesman for Arganda del Rey's city hall told AFP, emphasising however that air quality was "normal".

Firefighters said they had brought the blaze under control but 11 firefighting units were still working to extinguish it.

Requimsa, the company that owns the site, "manages and collects all types of hazardous waste", according to its website.