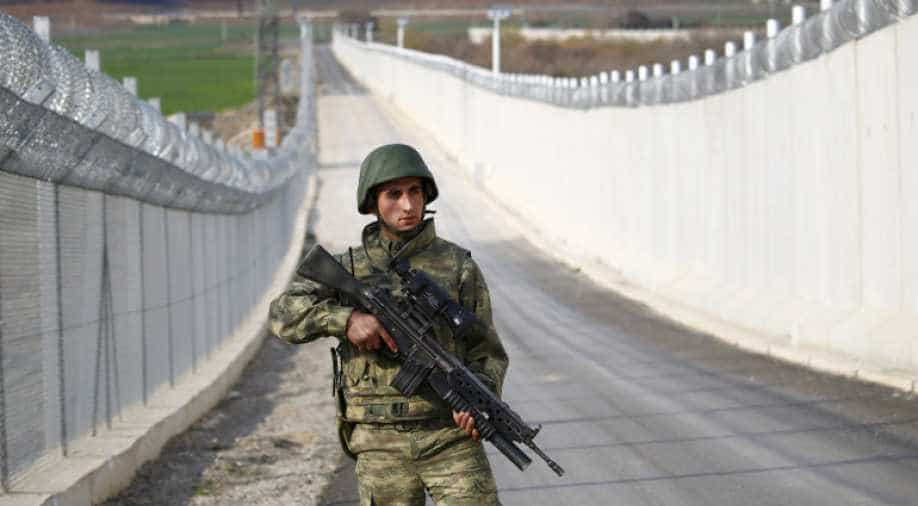 A Turkish soldier patrols along a wall on the border line between Turkey and Syria near the southeastern city of Kilis. Photograph:( Reuters )

About 2,000 people were killed and entire neighbourhoods razed in southeasternTurkey in 18 months of government security operations characterised by massive destruction and serious human rights violations, the United Nations said on Friday (March 10).

The UN human rights office said in a report on the period July 2015-December 2016 that up to 500,000 people, mostly Kurds, had been displaced, while satellite imagery showed the "enormous scale of destruction of the housing stock by heavy weaponry," spokesman for the UN High Commissioner of Human Rights, Rupert Coleville, told reporters in Geneva.

UN investigators documented numerous killings, disappearances and torture, as well as other human rights violations. The most serious abuses took place during periods of curfew imposed for several days at a time.

The investigators were not granted access by Turkey and as of last month the UN has not received any formal response to its concerns, the report said.

UN High Commissioner for Human Rights Zeid Ra'ad al Hussein said in a statement on Friday that Turkey had "contested the veracity of the very serious allegations" in the report.

"It appears that not a single suspect was apprehended and not a single individual was prosecuted," Colville said.

Almost 800 those killed were members of the security forces, and an unspecified number of the other 1,200 may have been involved in violent or non-violent action against the state, the report said.

Among the documented killings were those of up to 189 people trapped for weeks in basements in the town of Cizre in early 2016, without water, food, medical attention or power. They were killed by fire induced by shelling.

Colville said the death toll figures came from the Turkish government. It says it is targeting the Kurdistan Workers Party (PKK), which it regards as a terrorist group.

"The gravity of the allegations, the scale of the destruction, and the displacement of more than 355,000 people mean that in the High Commissioner's view, an independent investigation is both urgent and essential," Colville said.

Although Zeid has been invited to Turkey, Colville said a UN investigative team needed to go first and it would be "absurd" to think Zeid's visit could be a substitute.