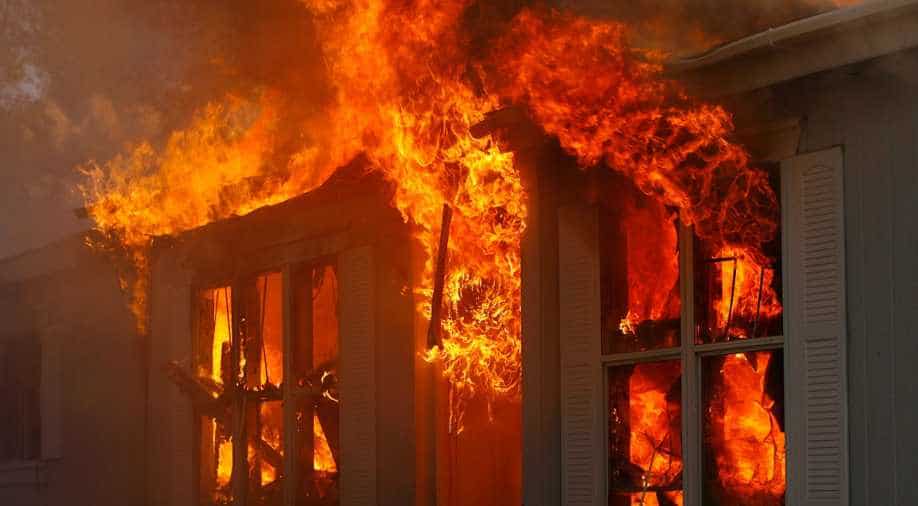 The Dogan news agency specified that all 11 of the schoolchildren killed were girls. Their identities have yet to be disclosed but they were also said to be 14 or under. (Representative image) Photograph:( Getty )

A fire in a dormitory for pupils killed 12 people, most of them schoolgirls, and injured dozens in the southern Turkish region of Adana on Tuesday.

Officials said the fire was likely caused by an electrical fault. They expressed concern that many of the dead were killed after they were unable to open a closed fire door to escape the top floors of the building, news agency AFP reported.

"We lost 12 of our citizens in the fire. Eleven of them were schoolchildren and one was a tutor. 22 citizens are injured," Adana region governor Mahmut Demirtas told Turkish NTV television.

"According to initial findings, we believe the fire was caused by electrical fault," he said.

The Dogan news agency reported that the 11 schoolchildren killed were girls under the age of 14. Their identities have yet to be disclosed.

Television footage showed the three-storey building in flames, with fire engine teams trying to put out the blaze. The fire spread rapidly because of the building's wooden interior and carpeted floor, officials told AFP.

Demirtas said that some schoolgirls were injured as they jumped from windows to safety. None of the injuries were life-threatening,

The governor said the fire at the private schoolchildren dorm broke out at around 19:25 (1625 GMT) and it was brought under control some three hours later, AFP reported.

Demirtas did not comment on the claims that the students could not escape because the fire door was locked.

But Adana city Mayor Huseyin Sozlu said: "It appears that the fire escape stairs door was locked. Children could not open it. Bodies were found there," he said.

He told NTV "of course children would have survived" if they had been able to flee down the fire escape stairs. "From tomorrow the governor's office will start an investigation".