10 killed, 14 injured as massive fire breaks out in China hotel 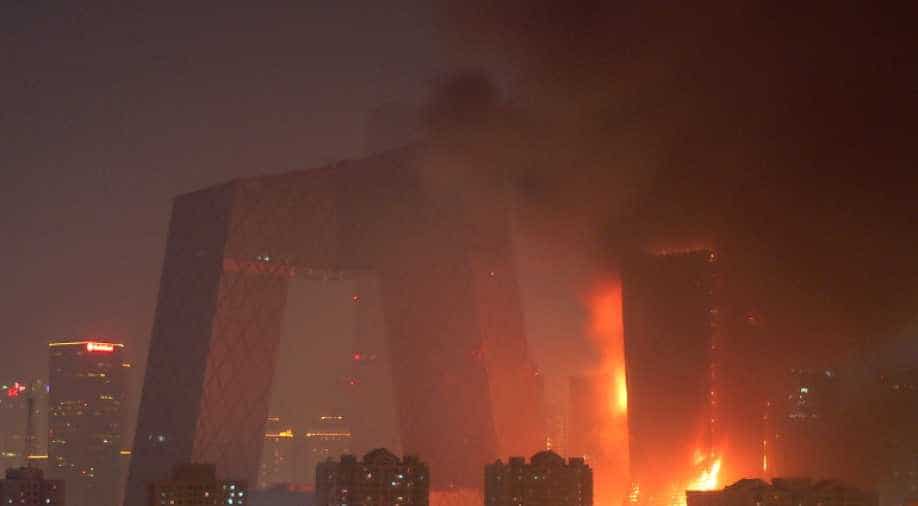 The fire began this morning on the second floor of the HNA Platinum Mix Hotel. (Representative image) (Image courtesy: Wikimedia Commons) Photograph:( Others )

At least 10 persons were killed and 14 others injured when a massive fire broke out at a luxury hotel in east China's Jiangxi province today.

Firefighters found seven bodies in debris, and three of the 16 people hospitalised have succumbed to their injuries, state-run Xinhua news agency reported.

The fire began this morning on the second floor of the HNA Platinum Mix Hotel. 10 construction workers were working on a decoration project on the floor, said a woman who managed to escape.

"Initial investigations found the fire was caused by cutting of decoration materials and further investigation is under way," the report said.

A man who jumped from the second floor was injured and rushed to hospital.

The four-storey hotel is connected to a 24-storey apartment building where over 260 residents were evacuated.

Some 10 fire trucks were working to put out the fire.

Authorities have detained 24 people after a preliminary investigation found the blaze was caused by welding and cutting work which violated safety rules, Xinhua reported.

It said hotel shareholders, the contractor for the project and workers have been taken into police custody.