Wimbledon: 3-month break from the game 'did me world of good', says Roger Federer 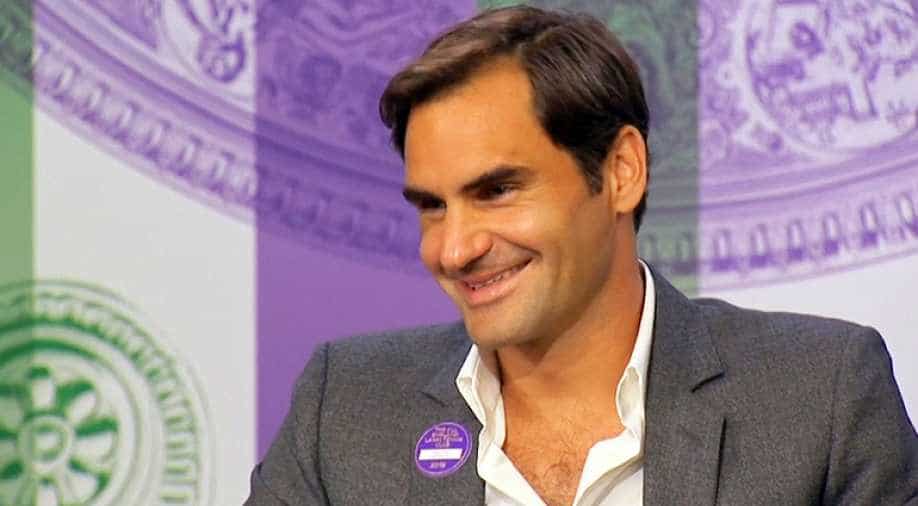 Reigning champion and top seed Roger Federer will begin his 20th consecutive Wimbledon campaign on Monday and said that his three-month break from the game had done him the "world of good". Photograph:(Reuters)
Follow Us

Reigning champion and top seed Roger Federer will begin his 20th consecutive Wimbledon campaign on Monday (July 2) and said that his three-month break from the game had done him the "world of good".

The 36-year-old Swiss chose to miss the whole of the clay-court season, as he did in 2017 before going on to win at Wimbledon for a record eighth time.

The 20-times grand-slam winner faces Serbian Dusan Lajovic in the first round.

Earlier, seven-times Wimbledon champion Serena Williams described her treatment by the U.S. Anti-Doping Agency (USADA) as shocking and raised questions about the number of times she had been tested this year.

Federer said he had also been tested extensively out of competition but questioned the inconsistency of the tests, saying he had been tested only once in the 15 years that he had played in Dubai.

"I've had a lot of testing the last month I think I've had seven tests." he said. "I've been tested quite a bit, quite frequently out of competition. I mentioned many times in Dubai I've hardly ever been tested, which has been quite disappointing.

"I think it varies from place to place that you spend your time in. Maybe that's the part I don't like so much: the inconsistency of the places where they test.

"What's important is these people are professional, they know what they're doing, they treat you like humans, not like criminals... But I understand the frustration sometimes. I have it, too."