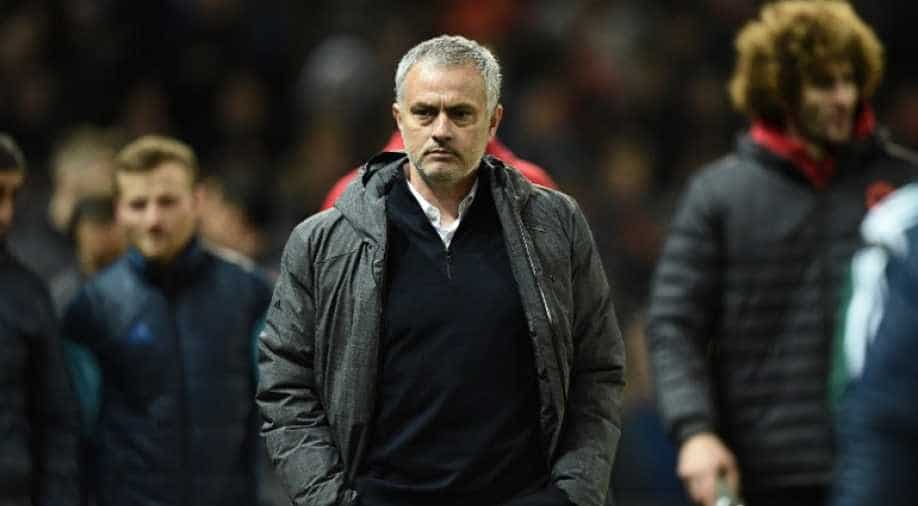 Manchester United manager Jose Mourinho suffered the heaviest home defeat of his coaching career as Tottenham Hotspur won 3-0 at Old Trafford on Monday to deepen an early-season crisis for the Red Devils.

Mourinho is at the front of the firing line, with odds on him being the first Premier League manager to lose his job this season being slashed after two consecutive defeats.

However, the Portuguese is far from the only culprit, with United's slide on the field dating back to Alex Ferguson's retirement in 2013.

Here, AFP Sports looks at three things that have gone wrong for the 20-time English champions.

Not so special anymore.

Mourinho introduced himself to English football as "the special one" when taking charge of Chelsea for the first time 14 years ago.

He backed up that bravado by delivering back-to-back Premier League titles. Mourinho's aura and tactical discipline also inspired a title win in his second spell at Stamford Bridge and a treble at Inter Milan. When at the helm at Real Madrid he broke Barcelona's La Liga hegemony under Pep Guardiola.

Yet his third seasons second time round at Chelsea and at Madrid ended acrimoniously and a third campaign at United already looks as though it is heading the same way.

In contrast to the exciting brand of football offered by Manchester City, Liverpool, Tottenham and Chelsea under Guardiola, Jurgen Klopp, Mauricio Pochettino and Maurizio Sarri, Mourinho's conservative tactics seem outdated and at odds with United's tradition under Ferguson.

Moreover, whereas Mourinho used to staunchly defend his players, at United he has routinely criticised his squad in public.

Spurs fans goaded Mourinho with cries of "You're not special anymore" and his rant at the media as he stormed out of his post-match press conference demanding respect for his record of winning three Premier League titles did little to quell the feeling he is living off past glories.

United only in name

Also read: Misery piled up on Manchester United as Jose Mourinho left with no explanations

Mourinho's sour mood has not been reserved just for his players, but also the club's executive vice-chairman Ed Woodward over a perceived lack of backing in the transfer window.

Woodward decided there was not value in the market for a host of centre-back targets identified by Mourinho and questioned whether they were any better than the five already in United's squad.

It effectively means a former banker is overruling an experienced manager on football matters and United are investigating the possibility of appointing a director of football as a middle man for the first time.

Woodward also insisted neither Paul Pogba nor Anthony Martial were for sale despite a troubled relationship between the manager and both players.

Pogba, who cost United a then world record £89 million ($115 million) in 2016, claimed he would be fined for revealing his true feelings after the first game of the season as his agent Mino Raiola appears to be agitating for a move, with Barcelona apparently interested.

Martial was fined by Mourinho for not returning to the club's pre-season tour of the United States after the birth of his second child and did not even make the bench for Monday's defeat.

Woodward has been accused of having divided loyalties after United's share price hit a record high last week despite the club's on-field troubles.

Yet, while American owners the Glazer family remain unpopular among many fans, United have spent lavishly in the transfer market in recent years.

The problem is a reported £700 million investment in transfer fees alone since Ferguson retired has been largely wasted.

Luke Shaw, Juan Mata, Martial, Pogba and Alexis Sanchez have also failed to hit the standards they showed at previous clubs to spark United's interest in the first place.