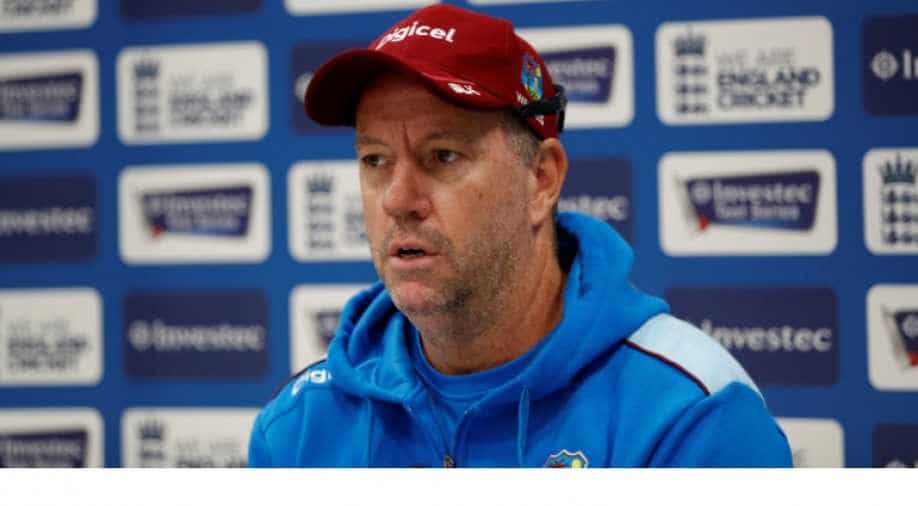 Law admitted the offence and accepted the charges which were levelled by on-field umpires Bruce Oxenford and Ian Gould.

West Indies head coach Stuart Law has been suspended for West Indies' two one-day International matches against India for breaching ICC Code of Conduct for which he received a 100 per cent fine and three demerit points.

The Australian has been found guilty of breaching Level 2 Article 2.7 of the ICC Code of Conduct for Players and Player Support Personnel.

Windies coach Stuart Law has been suspended for two Tests after receiving three demerit points for a breach of the ICC Code of Conduct during the Hyderabad Test.

The incident happened during second innings of India vs West Indies second Test match when Stuart Law, following the dismissal of Kieran Powell, went to the TV umpire's room and made inappropriate comments," the statement from the governing body said.

"He then walked to the fourth umpire's area and, in the presence of the players, again directed inappropriate comments at the fourth official.

In the match, India beat West Indies by 10 wickets to win the second and final Test on the third day after an extended final session in Hyderabad on Sunday.

Law admitted the offence and accepted the charges which were levelled by on-field umpires Bruce Oxenford and Ian Gould, third umpire Nigel Llong, all from the Emirates ICC Elite Panel of Umpires, and fourth official Nitin Menon.

Earlier, Law was carrying one demerit from a previous sanction during the Dominica test against Pakistan in May 2017 and with the addition of three more, it automatically led to his suspension from ODIs in Guwahati and Visakhapatnam.

Five ODIs have been scheduled and the matches will be played in Guwahati (October 21), Indore (October 24), Pune (October 27), Mumbai (October 29) and Thiruvananthapuram (November 1).

The one-dayers will be followed by the three T20 Internationals.