Watch: What is sepak takraw all about and how is it played? 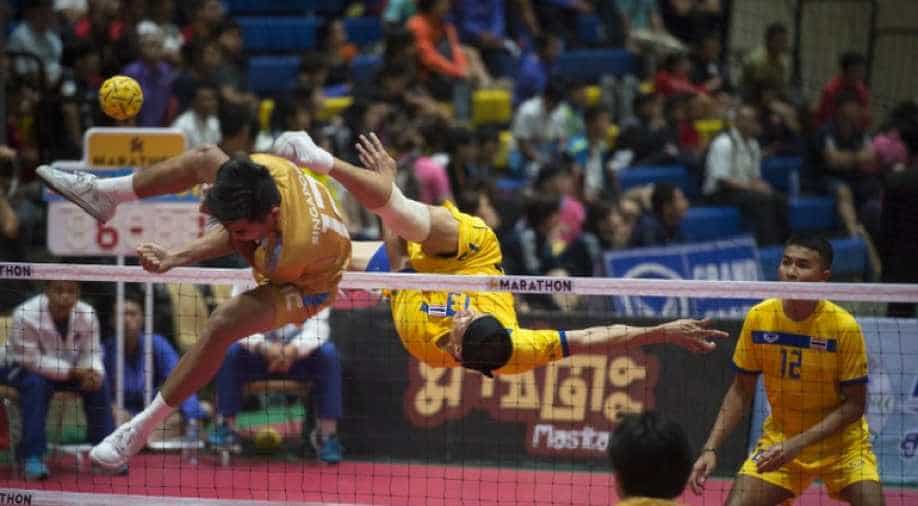 India have scripted history on August 21, 2018 by winning a medal in sepak takraw, one of the most unusual games ever played at the Asian Games.

Many would wonder what is the game all about and how is it played?

Sepak takraw is wildly popular in southeast Asia. This gravity-defying form of "foot volleyball" is largely dominated by Thailand.

However, the game differs from the similar sport of foot volleyball in its use of a rattan ball and only allows players to use their feet, knee, chest and head to touch the ball.

It has become an Asian Games smash-hit ever since it was first introduced in 1990.

What are the rules?

There are two types of event categories, the Regu and the Doubles Regu.

The court on which the game is played is quite similar to a badminton double sized court with dimensions, 44 ft x 20 ft.

Even the ball is very different, it is made out of rattan and must have 12 holes and 20 intersections.

Sepak takraw is an explosive sport in which players acrobatically contort their bodies to launch a rattan ball over a net with the sort of skill that would make Lionel Messi proud.