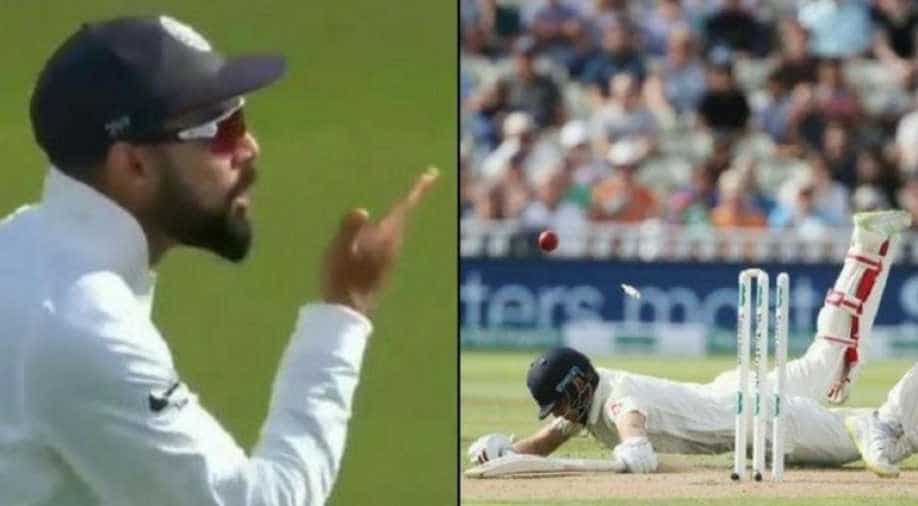 India's crucial encounter with England started on a high note with the first day of the opening game of five test-match series furnishing many moments to cherish for a long time.

Root was playing impressive and his shots selection were an epitome of it.

The English batsman played 156 balls and slammed 80 runs, which includes nine boundaries, before being run out by Indian skipper Virat Kohli in a dramatic style.

Kohli's brilliant hit accounted for Root for 80, triggering a collapse that left them 285 for nine at stumps.

But it did not end there, there is more than meets the eye as Kohli mocked Joe Root after running out the England captain at a pivotal moment.

He rubbed salt into the wound by mimicking Root’s ‘mic drop’ celebrations after England won the one-day series at Headingley two weeks ago.

He did not stop there and blew a couple of flying kisses to both Root and Jonny Bairstow after capitalising on the pair's mix up.

Sam Curran (24) and James Anderson (0) were at the crease when umpires dislodged the bails for the day.

This is England's 1000th Test match and they will surely want to make it memorable by defeating the visitors.