Watch: Unlike father, Cristiano Ronaldo Jr scores four on his debut for Juventus 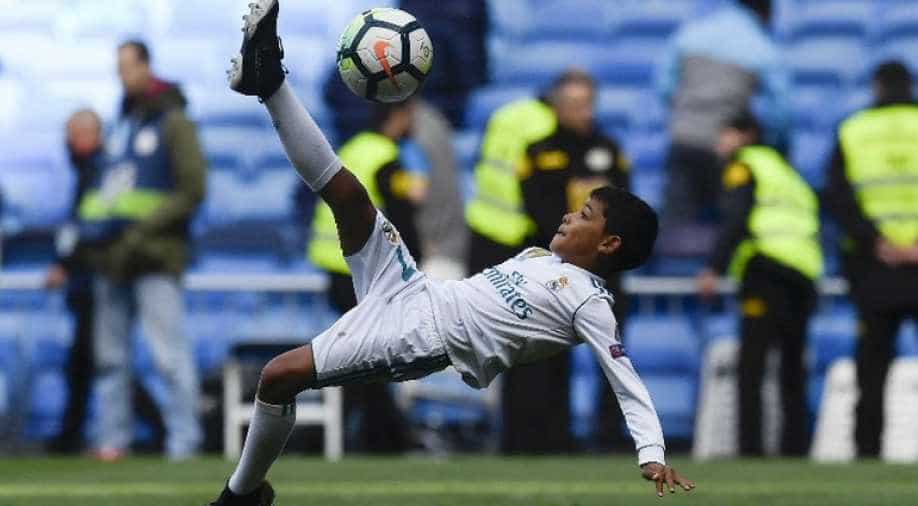 A file photo of Cristiano Ronaldo Jr. Photograph:(AFP)
Follow Us

Since his summer move to Juventus, Cristiano Ronaldo is struggling to find the back of the net, but it seems his son is having no such problems.

In his first match for Juventus U9's, Ronaldo Jr impressed by scoring four times in a 5-1 win over counterparts from Lucento this weekend, netting twice in each half.

Some of the goals were really special, with the eight-year-old dribbling past several opponents much like his father.

In a video on social media, Ronaldo Jr picks up the ball in the middle of the park before running at the opposition.

Cristiano Jr in the @juventus ❤⚽

Meanwhile, Ronaldo has failed to score for the club, although the Italian giants have won all three of their Serie A games so far.

The 33-year-old’s next chance to break his duck will be in Turin against Sassuolo on September 16 after the international break.