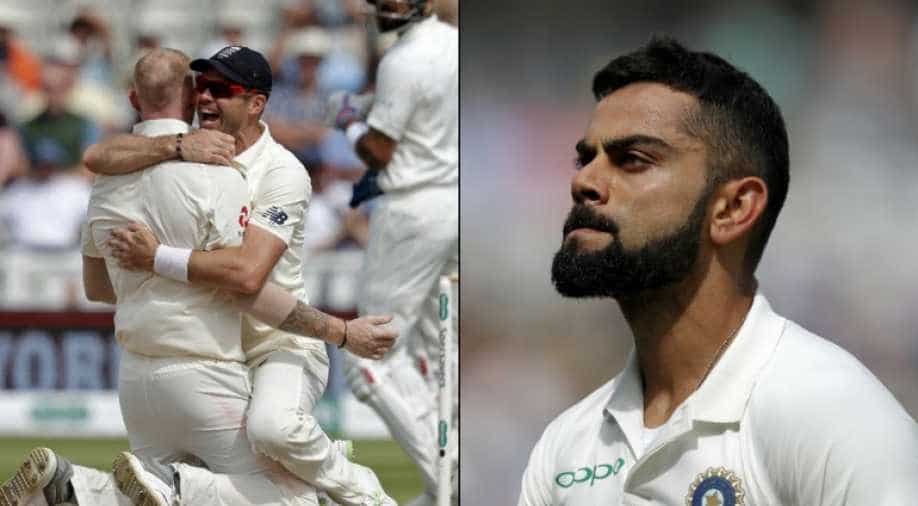 Indian skipper Virat Kohli slammed a terrific century against England in the second innings of the third Test to pile on the agony for England at Trent Bridge.

Virat Kohli completed his ton with a boundary, his 10th four from 191 balls faced, on Chris Woakes delivery.

Although, he missed a legside flick against all-rounder Woakes and was lbw after scoring 103 runs to bring India closer to victory.

It was Virat's 23rd Test and 58th international century.

A fine century from #KingKohli here at Trent Bridge.

This is his 2nd in the series and 23rd overall.#ENGvIND pic.twitter.com/farFN9vJp0

Virat took no notice of the critics, who were slamming him after the team went 2-nil down in the five-match series and smashed the second century of this series as he hit his maiden Test century in England in the series-opener at Edgbaston.

However, England had their chance of taking Kohli's wicket when he edged drive off an outswinger from James Anderson but it burst through Keaton Jennings's hands in the gully. It was the dropped catch and a missed opportunity.

In the first innings, Kohli had narrowly failed to score a century as he lost his wicket at 97 but his fourth-wicket partnership with Ajinkya Rahane of 159 runs that spanned more than 40 overs had put India in a good position.