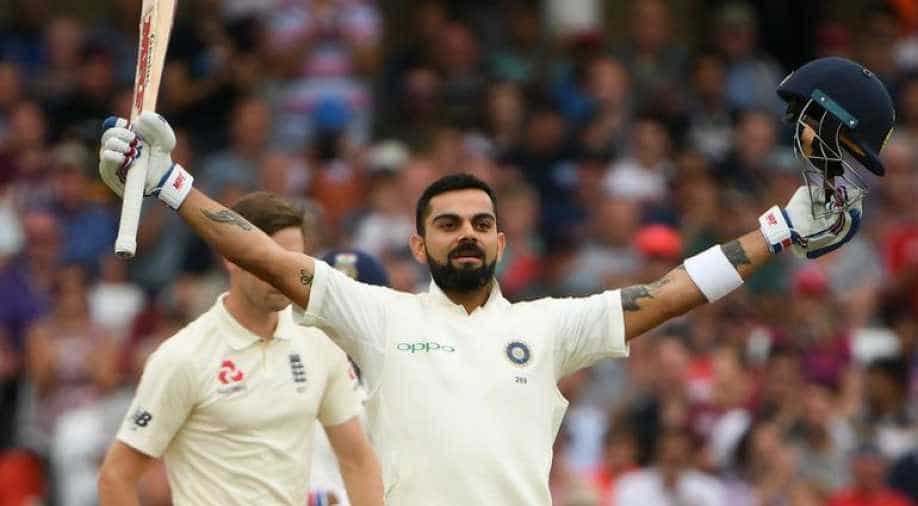 Virat Kohli on Thursday reclaimed the no1 spot in Tests after a brilliant performance against England in the third Test at Trent Bridge, Nottingham.

The Indian skipper delivered a superlative show with the bat as he notched up scores of 97 and 103 in the two innings which helped India record a massive 203-run win over the hosts.

Former Australian skipper Steve Smith, who is facing a ban from international cricket due to his role in ball-tampering this year, is at No 2 now with 929 points.

His feats have taken him to 937 rating points, the highest he’s reached so far in his career.

The Indian captain was not the only one to gain after India's emphatic wins. Hardik Pandya's maiden five-wicket haul in the first innings, helped him rise 23 places to No.51 on the bowling charts, with a career-high 340 points.