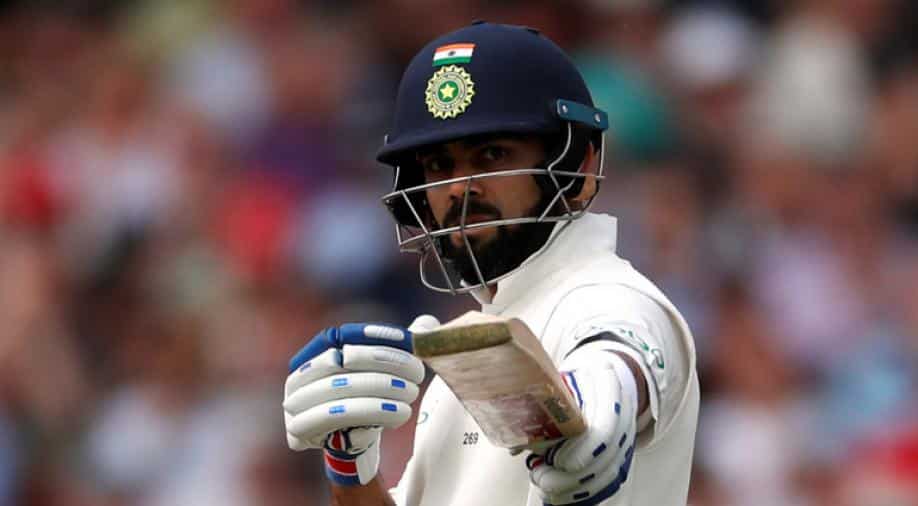 Following his impressive performance in two innings in the third Test against England, Indian skipper Virat Kohli has become the first Test captain to score 200 runs or more seven times in a winning cause.

Bradman and Ponting have scored 200 or more in a winning cause six times. Among Indians, just one other captain MS Dhoni has managed to do this.

Earlier in the day, Kohli regained the top spot in ICC Test Rankings. Kohli has 937 points, which is the 11th best ever in terms of rating points.

India thumped England by 203-runs in the third Test to stay alive in the five-match series. Kohli was adjudged the Man of the Match.