Vincent Kompany better than ever 10 years into Manchester City career 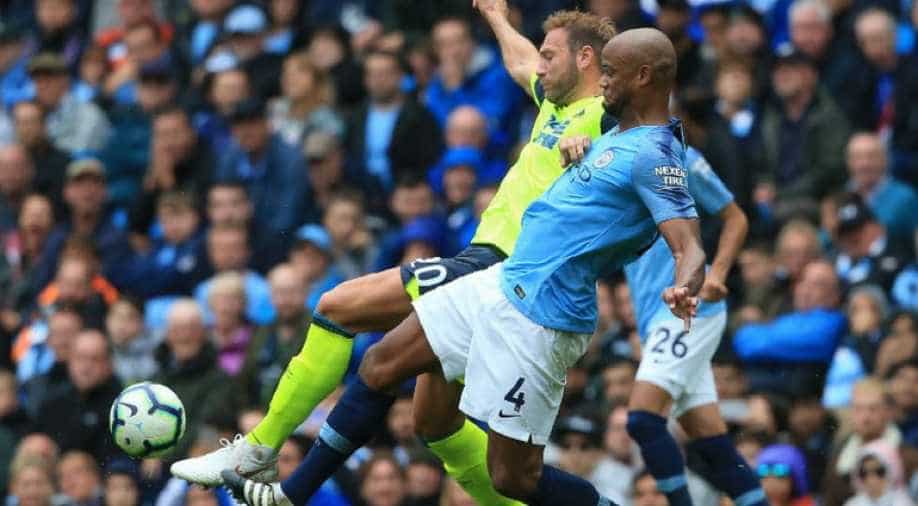 Vincent Kompany believes he is playing better than ever as he celebrates a decade as a Manchester City player, with the club captain even talking of extending his stay at the Premier League champions.

The Belgian international, whose time at City has been plagued by injuries, appears to have finally found consistent fitness and is a key component of the City team that has started this season in ominous fashion with convincing victories over Chelsea in the Community Shield and Arsenal and Huddersfield in the Premier League.

Next up is at visit to newly-promoted Wolves on Saturday, and Kompany, 32, is enjoying City's dominance under Pep Guardiola so much he wants to extend his playing career at the Etihad.

"I'm actually really lucky to be a really good athlete naturally so I still feel mobile, I still feel strong, I'm improving and I'm learning so much more about the game," said Kompany, whose current contract expires at the end of the season.

"I'm not stressed or nervous about any possible scenario because I've prepared for every eventuality.

"I'm enjoying the game more than I've probably ever enjoyed the game. Probably my first year at City and this last year now have been the best in my career so you want to make it last as long as you can."

On top of his leadership and ability on the field, Kompany is a key symbolical figure as the only player to have joined the club before Sheikh Mansour's takeover poured in billions of pounds to make City's squad and facilities the envy of the Premier League.

Signed for a bargain £6 million from Hamburg in August 2008, Kompany had only been in England for a matter of days when the Abu Dhabi owners took over with riches that have backed City to three league titles.

"Every club you sign for they give you the same pitch: 'We've got a big project, big ambitions, we want to achieve this and that, we want to kick on,' and I just happen to be lucky that City was the one club that didn't lie about it," added Kompany.

The only early season set back for Guardiola's men has been a couple of long-term injuries suffered by playmaker Kevin de Bruyne and second choice goalkeeper Claudio Bravo.

Bravo's rupture of an Achilles tendon in training this week forced City to recall Aro Muric from a loan spell with Dutch side NAC Breda.

Indeed, the absence of De Bruyne may offer Bernardo Silva, who has started the campaign in impressive fashion, the chance to showcase his abilities on a more regular basis, starting with a meeting against a host of his Portuguese international teammates at Molineux.

"I think in your second season, it’s normal to feel more at home and that definitely applies to me," said Silva.

"We all know there is plenty of hard work ahead in the coming months, but it is great to start the way we have.

"We are happy with the way we have begun and now we must continue against Wolves on Saturday, even though we know what a difficult game this will be – they have many quality players.”