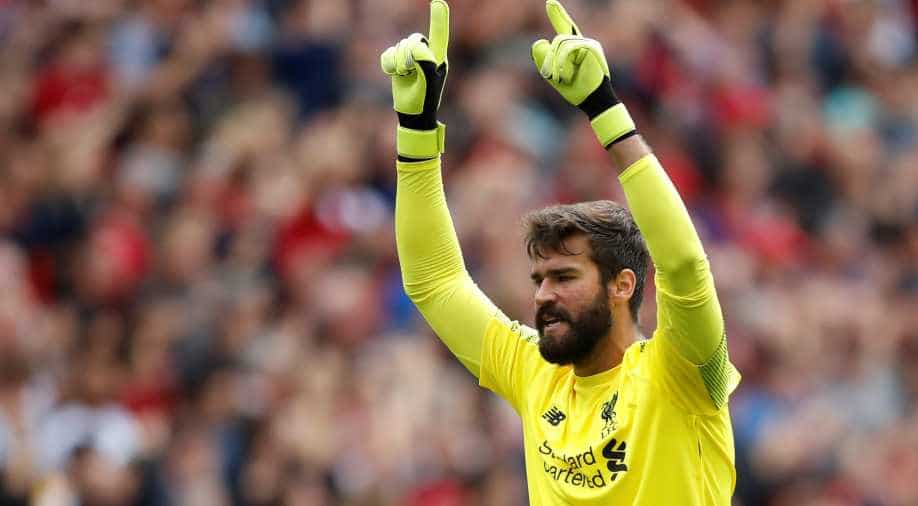 Brazil international Alisson made his competitive debut in Liverpool's 4-0 win over West Ham United in the Premier League on Sunday and the 25-year-old impressed as he began his spell in English football with a clean sheet.

"We speak a lot. He's very vocal and that helps. It helps me and everyone in the backline. I think his presence is very good as well," Van Dijk told British media.

"He has a lot of qualities on the ball that help us playing. We've worked on it the whole pre-season and we'll keep building and practising. There's still a lot to do.

"West Ham was just one game. We can do a lot better in certain moments and it's just the start. We're trying to build something."

Liverpool's defensive solidity since Van Dijk's arrival in January has seen them keep clean sheets in their last six home league matches and the club have not conceded a league goal at Anfield since February.

The Merseyside team will be hoping to take that form on the road when they travel to Crystal Palace in their next league fixture on Monday.