US Open: World no. 1 Simona Halep suffers shocking defeat in 1st round 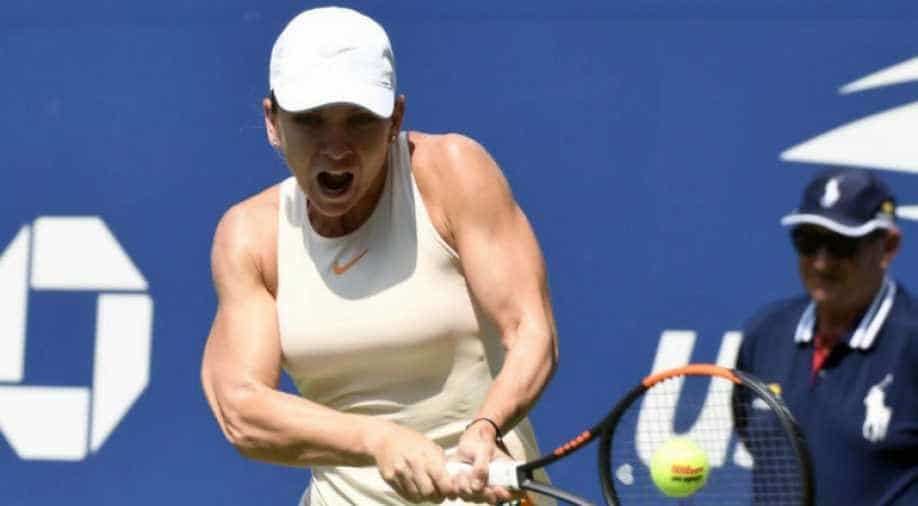 Simona Halep in action during the first round of US Open. Photograph:( Reuters )

Kaia Kanepi said the steamy New York weather and speedy hard courts are a perfect match for her power game, which was on full display as the Estonian upset world number one Simona&nbspHalep&nbsp6-2, 6-4 in the first round of the US&nbspOpen on Monday.

Kanepi was the more aggressive of the pair on a sticky day at the newly refurbished Louis Armstrong Stadium, putting the Romanian on her heels early and ultimately firing 26 winners toHalep's nine to send the French Open champion packing.

While the unseeded Kanepi's win might at first blush seem shocking, there were reasons to believe the 33-year-old could pull off the upset, chiefly her previous success in New York, where she has twice reached the quarter-finals.

"I love being in New York. I like the city. I like the atmosphere," Kanepi told reporters.

Kanepi ran into trouble in the second set when more timid play helped&nbspHalep&nbsperase a 3-0 deficit to level the set at 4-4.

But the veteran Kanepi did not panic and instead began once again blasting balls around the court to ensure there would be no deciding third set.

"So I thought I have to hit more aggressive again, and I tried to do that."

The world number 44, who reached as high as 15 in 2012, has earned a reputation as a force to be reckoned with at Grand Slam events, where she has reached the quarter-finals six times in her career despite having won only four WTA titles.

After coming through qualifiers last year in New York, she dispatched formidable newcomers Naomi Osaka and Daria Kasatkina before falling to runner-up Madison Keys in the quarters.