UEFA Champions League, Real Madrid vs Liverpool: As it happened 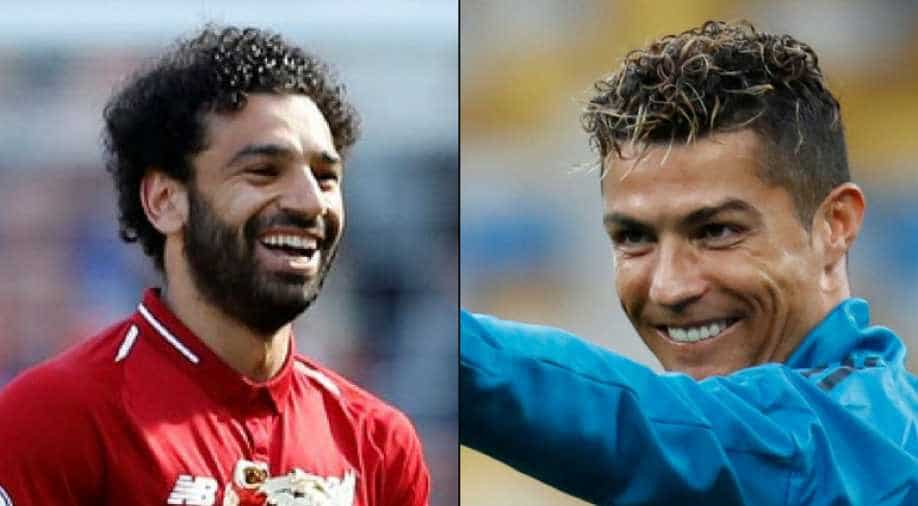 What the coaches say:

Zinedine Zidane: "We're not favourites, nor are they. It's 50-50 as finals always are. We're happy to be here and play another final. We'll never live this again. We'll live other moments but we'll never have today and tomorrow again. We need to take advantage. If there's pressure, well, that's life. It makes it better."

Jurgen Klopp: "The boys are responsible for when we win. So they have nothing to lose. Experience is very important and I'm pretty sure a second before the game Madrid will be more confident than us. But it doesn't matter because the game doesn't stop there, it only starts."

Ronaldo leads the Champions League goalscorers charts for the sixth consecutive season with 15 but will come up against the world's most expensive defender in £75 million ($100 million) Dutchman Virgil van Dijk.

Salah has been the star turn of Liverpool's season, scoring 44 goals in his debut season at Anfield.

Overshadowed by Salah's sensational season, Firmino also has 10 Champions League goals to his name this season and is the key starting point for Jurgen Klopp's pressing game.

Madrid captain Ramos embodies this Real side as he tends to save his best for the big occasion. Also he said that Kyiv will always have a place in his heart as In 2012, at Olympic Stadium, Sergio Ramos won the Euro 2012 final with Spain against Italy.

WION.com brings you the live and quick updates of UEFA Champions League final.

This is your moment.

The atmosphere is crazy, what else would one want other than this deafening crowd.

It is a full house at NSC Olimpiyskiy stadium in Kyiv Ukraine.

10 minutes of this intriguing game is over and it is very much clear that Real Madrid is playing on backfoot.

One warning to Luka Modric and one to Marcelo on blocking Mohamed Salah.

On Marcelo's warning, salah got a free kick.

It a high voltage encounter and more yellow and red cards will be seen.

14: An early spell of pressure in Kiev, with @trentaa98's cross forcing Navas to rush from his line and punch the ball away...

Ronaldo unleashed down the right and, despite the tight angle, he goes for hitting towards the net instead of passing and creating chance.

Obviously, it goes over the top of the bar and doesn't provide any threat to Liverpool goalkeeper Karius.

Liverpool is definitely outplaying the defending champions as they got a corner and two very close chances.

Mohamed Salah is down.

Although, he back on the field after receiving the treatment but he is not looking good.

A sad way for Salah's season to finish ?#UCLfinal pic.twitter.com/6v2Y0MKNBe

Salah's Champions League's dream is over after 30 minutes of game.

It's a huge blow for Liverpool.

It is heart breaking to see Salah going out of the field in tears.

29 - Salah leaves the pitch in tears after suffering a final-ending shoulder injury. #UCLfinal

After Mohamed Salah, now it is the crucial period for Real Madrid as Carvajal is out and he has been replaced by Nacho.

OFFSIDE: Liverpool goalkeeper saved a header of Cristiano Ronaldo but the ball was rebounded and meanwhile, Benzema tried to take the advantage and tapped it in but the offside flag was raised before that. STILL GOALLESS

The first half of UEFA Champions League is over and a lot has happened already. The Reds were dominating initially but after the ouster of Mohamed Salah, the level of performance has been dropped.

Liverpool tried nine shots in the first-half with Mohamed Salah on the pitch but none after he was gone, the pressure was surely started building on the Liverpool.

Let's see how the teams will revamp their strategies in the second half.

A goal that might haunt the Reds after the match.

A careless, casual and foolish attempt of goalkeeper gave Kareem Benzema to take an advantage over Liverpool.

Now Real Madrid lead the game and Liverpool under pressure.

An equalizer within 2 minutes.

Sadio Mane back into the action as he scored the equalizer for Liverpool.

Another change for Real Madrid

It's Gareth Bale whose name is echoing in Ukraine.

An extra-ordinary effort by Gareth Bale, a bicycle kick gone straight in the net.

Just 10 minutes left and still Real Madrid is leading the game by 2-1.

Another stunning goal by Gareth Bale.

Again it was a disappointing and lose attempt by Liverpool goalkeeper Karius.

Liverpool is struggling in the absence of Mohamed Salah.

The Champions League season is over and we have the Champions of European club football, its Real Madrid again. There was hope that Liverpool will bounce back after Sadio Mane's equalizer but Gareth Bale's stunning goals took the game far away from the Reds.

With this victory, Zinedine Zidane has created history and became the first coach to win the competition in three successive seasons.

That's it from the Champions League final.