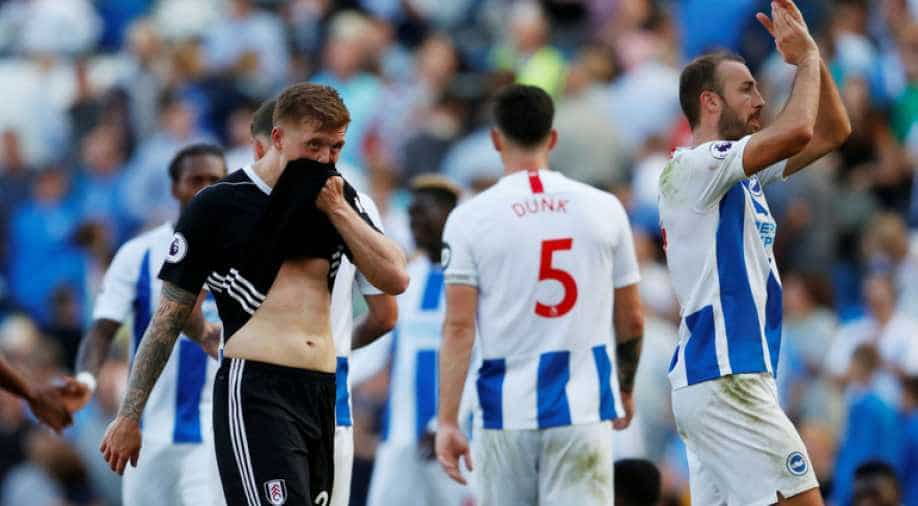 Glenn Murray scored twice as Brighton & Hove Albion came back from two goals down to draw 2-2 with Fulham at the Amex Stadium in the first ever top-tier meeting between the sides.

Murray gave Brighton hope on 67 minutes when he side-footed home from close in moments after Aleksandar Mitrovic looked to have set up a Fulham win with his fourth goal in three games.

He has now scored more goals than anyone else in England since signing for Fulham last February but, on this occasion, his joy was short-lived as he then handled in his own area to concede a penalty.

Murray scored the spot-kick, taking on the responsibility after Pascal Gross missed from the spot in the first half.

Brighton come from two goals down to draw against Fulham after a double from Glenn Murray, with early strikes from Mitrovic and Schurrle for the Cottagers#BHAFUL pic.twitter.com/IySJPcsikn

Fulham's Andre Schurrle opened the scoring on 43 minutes when he got on the end of Jean Michael Seri's pass for his second goal in successive games.

"It was a good game for the neutral but we're a bit disappointed although were happy to come away with the draw," said Murray.

"To be fair to Fulham they got control of the game and we showed some character to come back.

"We felt we let ourselves down the last 20 minutes of the first half. You've go nothing to lose at 2-0 down and we threw everything at it."