Trump hits back at LeBron James over racial division comments 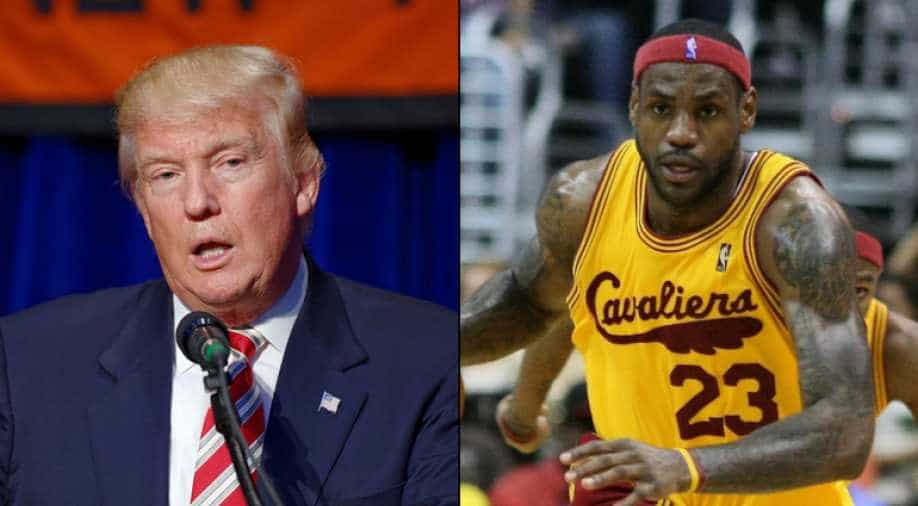 US President Donald Trump sniped back at NBA great LeBron James late Friday, days after the basketball player and philanthropist accused him of fueling racial divides in the United States.

"Lebron James was just interviewed by the dumbest man on television, (CNN presenter) Don Lemon. He made Lebron look smart, which isn't easy to do," the president tweeted of the Los Angeles Lakers player.

Lebron James was just interviewed by the dumbest man on television, Don Lemon. He made Lebron look smart, which isn’t easy to do. I like Mike!

In an interview on Tuesday -- also broadcast late Friday -- James told CNN he believed Trump "is kind of trying to divide us."

"He's kind of used sport to... divide us and that's something I can't relate to, because I know that sport was the first time I ever was around someone white. You know?" said James, who on Monday opened an elementary school for at-risk youth in his native Akron, Ohio.

"We got your back @KingJames Someone sure sound like they wish they was you.", tweeted linebacker Bobby Wagner of the NFL's Seattle Seahawks.

We got your back @KingJames ?? Someone sure sound like they wish they was you.

James, who ranks seventh in career National Basketball Association scoring, also told CNN Tuesday he would "never sit across" from Trump, whom he accuses of emboldening racists.

"I think (racism's) always been there. But I think the president in charge now has given people -- they don't care now, they throw it to your face," he said.

That echoed comments he made in January that Trump had "given people and racism... an opportunity to be out and outspoken without fear."

Indeed, this week's exchange is just the latest in a long-running feud between James and the president.

In June, Trump said that neither the Cleveland Cavaliers -- James' previous team -- nor the Golden State Warriors would be invited to the White House following the NBA Finals.

He was responding to remarks by then-Cavs star James and Warriors ace Stephen Curry, who both said they would not attend a White House reception.

James described Trump as a "bum" following the furor.