Tiger Woods, Rory McIlroy and major champs together in spotlight at 100th PGA 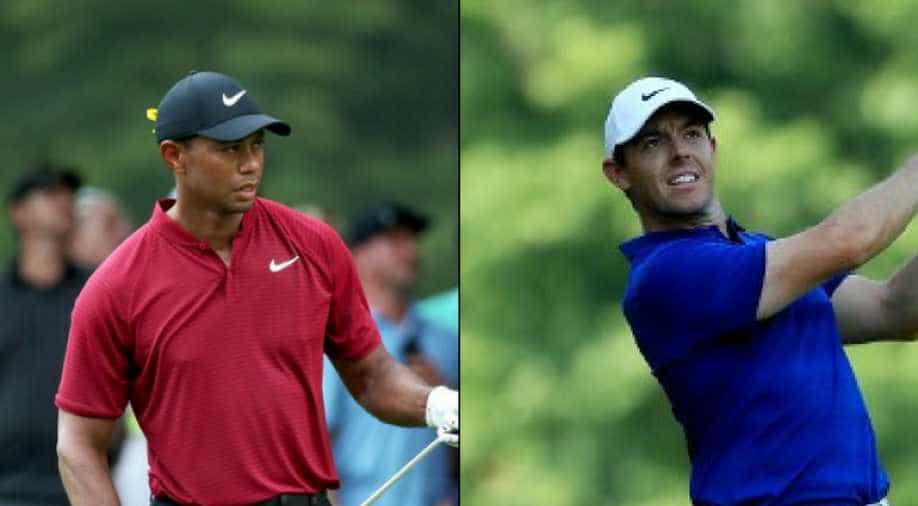 Tiger Woods, Rory McIlroy and 29 other major champions began preparing for the spotlight of supergroup pairings as practice rounds opening Monday for the 100th PGA Championship.

An elite field with 98 of the world's 100 top-ranked players gathers at Bellerive Country Club for the year's final major tournament, which starts Thursday.

Woods, a 14-time major champion, tries to end a 10-year major victory drought in his comeback from spinal fusion surgery while three-time major winner Jordan Spieth tries to complete a Career Grand Slam with a victory.

Add on-form McIlroy, a four-time major winner who was a runner-up at the Open Championship, plus reigning Masters champion Patrick Reed, two-time US Open winner Brooks Koepka and reigning Open Championship winner Francesco Molinari of Italy and it's clear to see why expectations are high for a thrill-packed final major of 2018.

"I like the way the PGA sets it up," Koepka said. "It's very difficult. It's a battle for sure."

Second-ranked defending champion Justin Thomas, 14-time major champion Woods in his first PGA Championship since 2015 and McIlroy are grouped together for the first two rounds as are Molinari, Reed and Koepka.

Thomas and Rose could overtake Johnson for world number one this week, but Rose would need a victory and Thomas no worse than a solo second finish.

Power Rankings for the #PGAChamp

The last August edition of the event before next year's move to May also has Thomas coming off a win at the WGC Bridgestone Invitational against a similar world-class field.

"I'm just in a great place mentally right now," Thomas said. "I was just so patient and calm."

Since 1980, only two players have won the week before the PGA and then captured the Wanamaker Trophy, Woods in 2007 and McIlroy in 2014. And not since Woods in 2006-07 has anyone won the PGA in consecutive years.

"Tiger has been a pretty big influence for me," Thomas said. "He motivated me to get where I am now. So it's great to have him back now."

Woods briefly led on Sunday at the Open Championship before sharing sixth after his best final round in five years saw him share fourth at the US PGA National.

But 51st-ranked Woods hasn't seen Bellerive in 17 years so nine holes of practice each day will be critical in his search for an 80th career victory and first in any event in five years.

"I'll take a look at the course for feel more than anything," Woods said. "I need to get a feel for the golf course now and how the holes are playing. I need to get some reps on the greens and see what's there."

"When you have an opportunity to do that, certainly it weighs on you a little bit," Spieth said. "All I can do is embrace the challenge."

Chile's 164th-ranked Joaquin Niemann, the youngest player in the field at 19, could become the youngest PGA Championship winner, breaking the mark set by a 20-year-old Sarazen in 1922.

Two-time major winner Zach Johnson is joined in the field by Zach J. Johnson, one of 20 club professionals in the field.