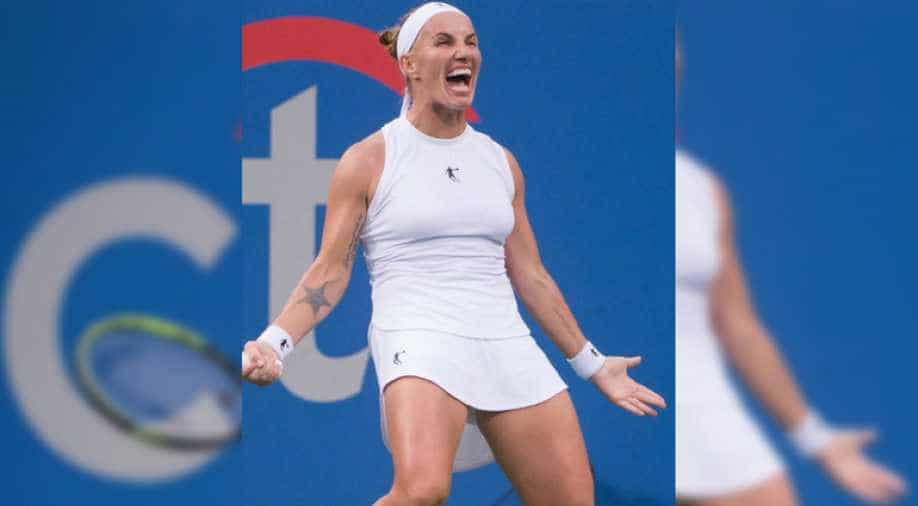 The 33-year-old registered her first title since left wrist surgery had sidelined her earlier this year.

After winning the match, ranked 128th in the world hailed her luck. She said, "I know I've been a little bit lucky today."

Kuznetsova, winner of the 2004 US Open and 2009 French Open, claimed a second Washington title to go with the one she won in 2014, her only other appearance.

"There's something going on with Washington," Kuznetsova said. "I never lose here. I played two times and I won both."

Another past champion prevails ?@SvetlanaK27 defeats Vekic in a three set thriller to claim the 2018 title! #CO50 #WTA pic.twitter.com/LpRGAegR9c

She also praised the runner-up and offered her condolences saying, "I'm sure your victories will come."

The 22-year-old Vekic won her only WTA titles in 2014 at Kuala Lumpur and last year at Nottingham and missing out on another after coming so near left her wiping away tears on the court.

"Hopefully we can have some more finals together."

She also said, "It's not easy when you lose with match points up. But I love this sport. Hopefully, I can be in some more finals and win some more titles."