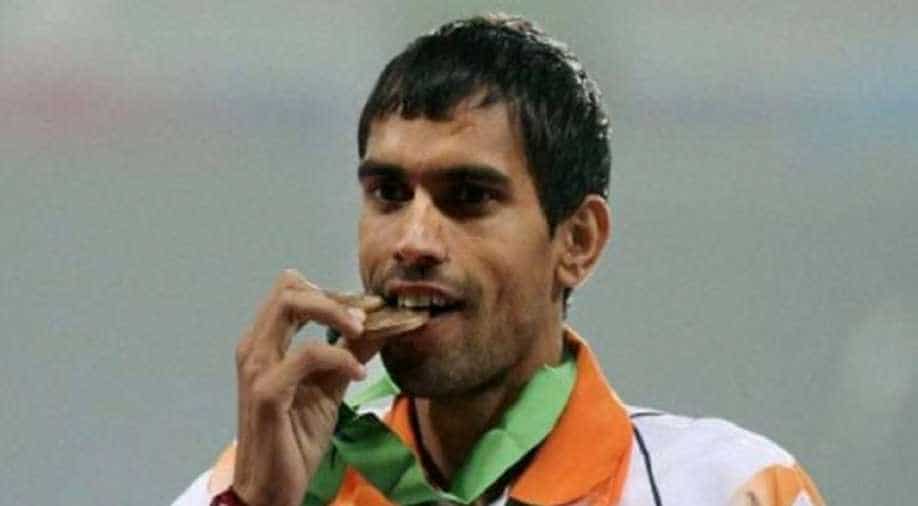 India has suspended steeplechase runner Naveen Dagar after he failed a dope test in a crucial blow to the country's medal hopes at this month's Asian Games, an athletics source told AFP on Friday.

Dagar, who won a bronze at the 2014 Asiad, tested positive for banned meldonium, the source close to the Athletics Federation of India (AFI) said.

The 30-year-old was tested during an inter-state competition in the northeastern city of Guwahati by the National Anti-Doping Agency (NADA).

"Yes, Dagar was suspended on July 23. Meldonium was found in his sample. Though a B Sample report is awaited," the source said.

"It is disappointing because he was a medal hopeful and India will now go unrepresented in the 3,000-metre race."

AFI has always said that in national camp athletes are tested every few days and if they are stupid to dope they WILL get caught. Hence the extra smart ones either don’t dope or avoid camp as you are well aware KP.AFI has ZERO tolerance to doping. The FIGHT is ON. Camp or no camp

"AFI has always said that in national camp athletes are tested every few days and if they are stupid to dope they WILL get caught. Hence the extra smart ones either don't dope or avoid camp," he said. "The FIGHT is ON."

Meldonium can boost energy and endurance. Russian tennis star Maria Sharapova tested positive for meldonium in 2016 and was banned for two years.

Dagar is India's second doping failure in a week after javelin thrower Amit Kumar failed an out-of-competition test in Finland. Kumar though is not part of the Asian Games squad after falling short of the 81-metre qualifying mark.

India is set to send a 540-plus squad to the Asian Games in Indonesia.