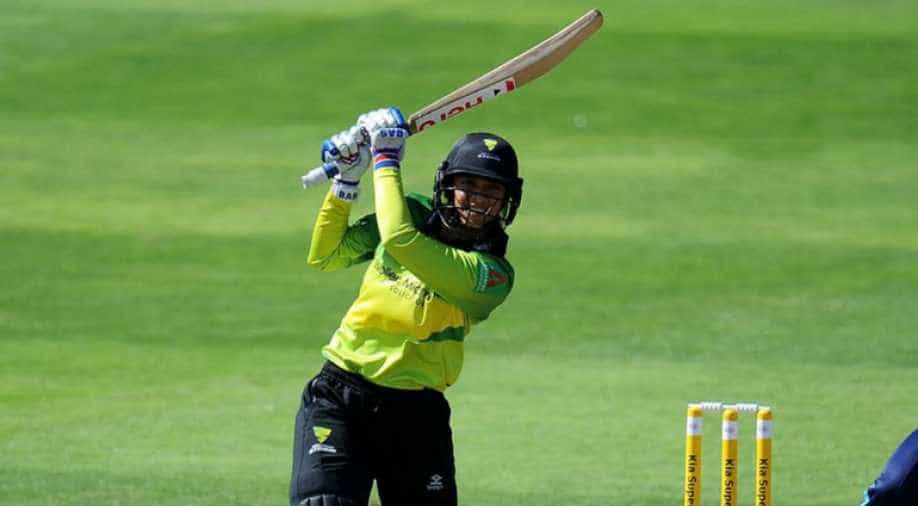 Indian star cricketer Smriti Mandhana said that she is happy with her current form after slamming her maiden T20 century in a Kia Women's T20 Super League encounter.

Mandhana hit a 60-ball-hundred and powered Western Storms to an easy seven-wicket win over Lancashire Thunder.

Her splendid inning included 12 boundaries and four sixes. She is now the top run-getter in the tournament.

.@mandhana_smriti is in red-hot form! ??

“The way I am batting is pleasing me more than the scores," she said after her maiden T20 ?.

She hit a half-century off just 18 balls during a match between Western Storm and Loughborough Lightning at Taunton.