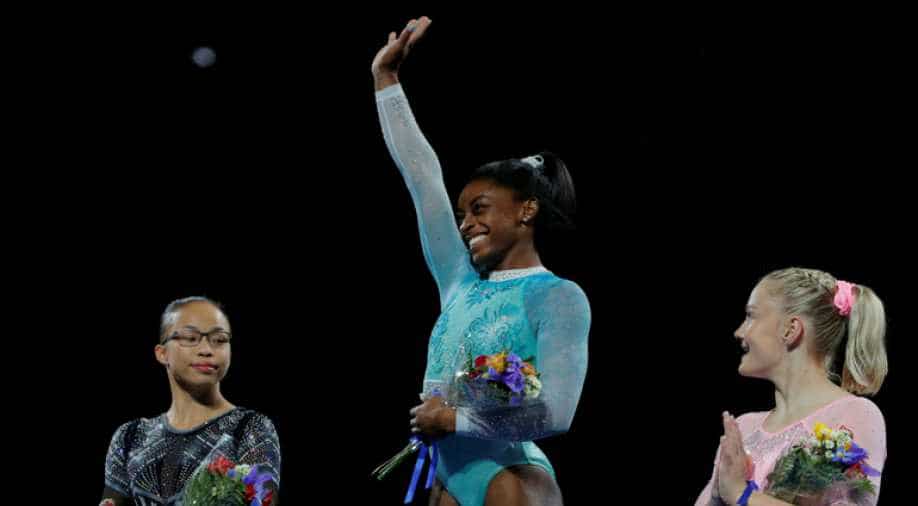 The stellar showing from Biles, who won four gold medals at the Rio Games, comes less than a month into her return to competition after an almost two-year break.

The 21-year-old is among more than 100 gymnasts who say they were abused by former Gymnastics USA team doctor Larry Nassar. Nassar received a prison sentence of up to 175 years after pleading guilty to criminal sexual conduct.