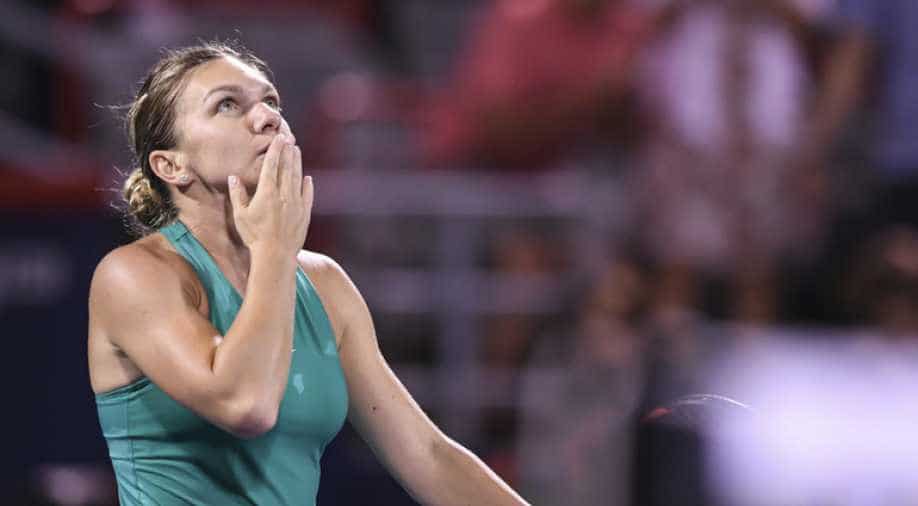 Simona Halep of Romania celebrates as she defeats Venus Williams 6-2, 6-2 during day four of the Rogers Cup. Photograph:( AFP )

Top seed Halep took no prisoners against Williams, blitzing the 38-year-old American 6-2, 6-2 in just 71 minutes to reach the quarter-finals.

Halep's match against Pavlyuchenkova was originally scheduled for Wednesday night but heavy rains forced organisers to postpone it until Thursday morning.

The Romanian needed three gruelling sets to oust the world No. 28 Russian but had a much easier time against veteran Williams who has yet to win a title in 2018.

Williams has struggled with her form this year and hasn't won a Grand Slam title since Wimbledon in 2008 when she beat sister Serena in the final.

.@Simona_Halep had to pull double duty to reach the @CoupeRogers quarterfinals!

"It's never easy to play either of the Williams sisters, and even though she was struggling, I knew I had to be focused on every ball, and stay focused until the end," Halep said.

"She wasn't feeling great on the court and it definitely wasn't her best day. And I'm happy to be the quarter-finals now."

She also jumped out to a 3-0 lead in the second set and after a slight lull in the middle, she rebounded to run away with the final four games.

Halep and Garcia met in the quarter-finals of this event last year when it was held in Toronto with Halep coming out the winner 6-4, 6-2.

Halep leads Garcia in their career head-to-head 4-1 as Garcia's only career win over Halep was a 6-4, 7-6 (7/3) victory in the final of the WTA Beijing tournament in October.