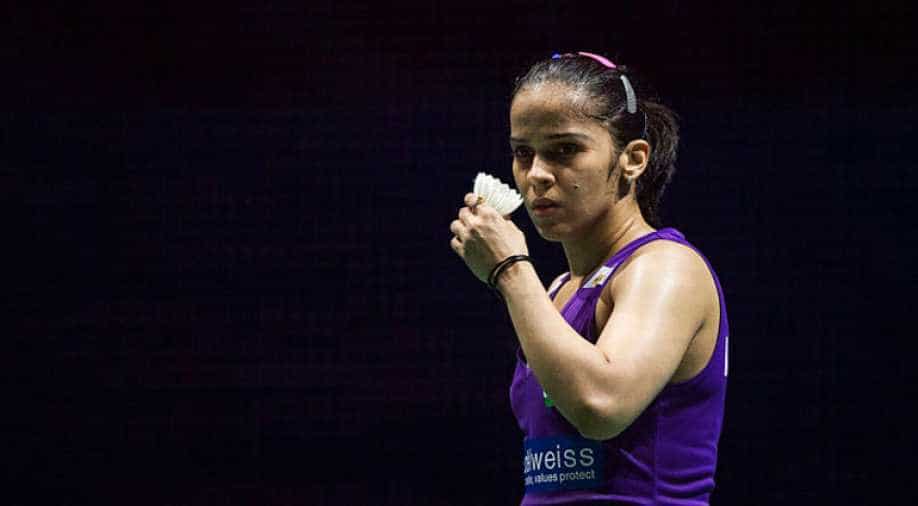 The Indian mixed doubles pair of Satwiksairaj Rankireddy and Ashwini Ponnappa also stood one step away from a medal after pulling off a stunning victory over the Malaysian world no.7 combination of Goh Soon Huat and Shevon Jemie Lai.

Saina, who had clinched a silver and a bronze medal at the 2015 and 2017 editions, downed 2013 champion Inthanon 21-16 21-19 to set up a meeting with the Olympic champion and former two-time world champion Carolina Marin of Spain.

"It is a very good win. She is known for a deceptive game. The second game was going my way, but suddenly she played some difficult strokes, she was everywhere and made it 19-19. At that point, Gopi sir made a big role. He told me what to do and I followed that and the game turned in my favour," Saina said after the match.

"Pressure is less on me now because the last few tournaments I haven't been able to cross the quarterfinals but I have played well at the Commonwealth Games and Asian Championship. But I can see that the form sometimes goes here and there but I am happy it is coming back in important events."

Talking about her next match, Saina said: "I have played her at Denmark Open last, she is quick and aggressive player and it would be a challenging match for me and I will just look to give my best."

Earlier, Satwiksairaj and Ashwini, who put up an impressive show to help India win a historic mixed team gold at the Commonwealth Games, saw off Goh and Shevon 20-22 21-14 21-6 in a match that lasted 59 minutes.

"We ended up making lots of mistakes in the first game but we were more sure in the second about our strategy. We are very happy that we could stay focused and win,"Ashwini told reporters after the match.

The world no 40 Indian pair has a tough task at hand tomorrow as it faces No. 1 and top-seeded Chinese pair of Zheng Siwei and Huang Yaqiong.

"We will give our best. We will come all guns blazing. But we can't think too far ahead (about the medal), so the focus is on tomorrow's match," Ashwini said.

It was an even battle in the opening game as the Malaysian pair managed an 11-8 lead at the break and though Ashwini and Satwik clawed back at 14-14 and even held a slender 18-16 lead at one stage, their rivals were more composed and pocketed the game.

In the second game, Goh and Shevon opened up a 5-2 lead but this time Ashwini and Satwik drew parity at 9-9 and then broke off to comfortably bounce back into the contest.

In the decider, the Indian pair was brilliant as it aggressively dominated the proceedings. They led 11-4 at the interval and continued in the same vein after the breather to storm into the quarters.