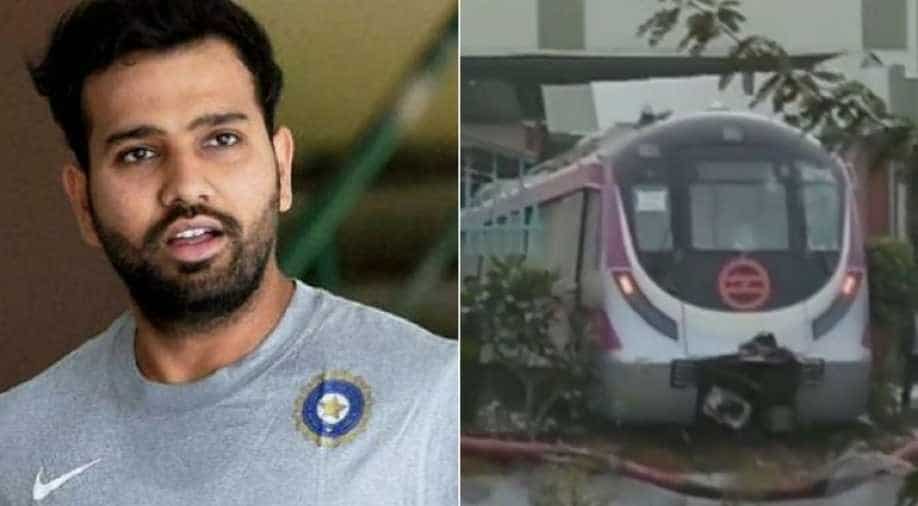 Delhi metro's driverless train being tested on to be inaugurated Magenta Line crashed through a wall on Monday afternoon.

The metro crash happened at the Kalindi Kunj depot.

Although nobody was reported injured in the crash which allegedly took place because the train's brakes were disengaged.

However, startling pictures of the train quickly went viral on Twitter where people soon began to turn them into memes.

Joining the league, Indian captain Rohit Sharma also took a dig at the DMRC through his social media account.

The Indian opener tweeted another picture of the crash along with a cheeky joke.

However, the Delhi Metro came out with an explanation saying the accident was not in any way a result of the trains being driverless.

The 12.64 km Kalkaji Mandir-Botanical Garden stretch is scheduled to be inaugurated by Prime Minister Narendra Modi on December 25th.