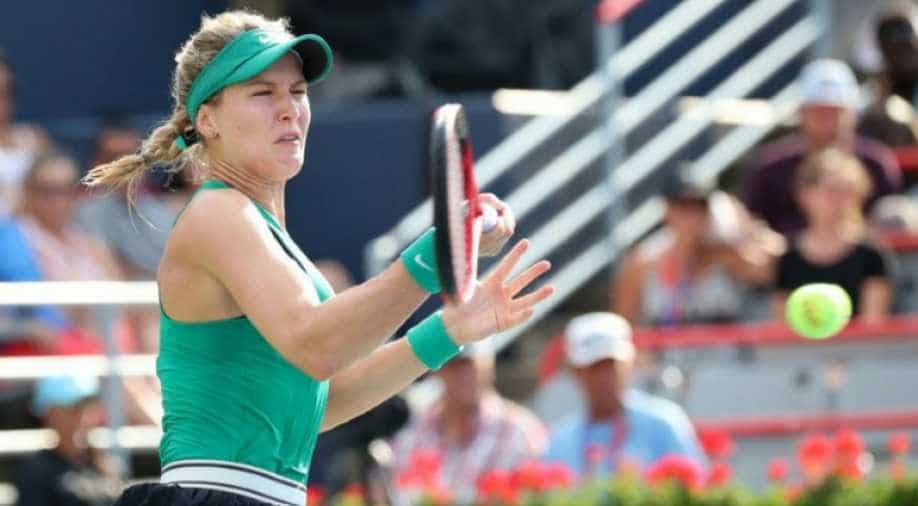 The vocal support of the home crowd was not enough to carry Canadian Eugenie Bouchard into the second round of the Rogers Cup in Montreal on Tuesday as she fell 6-2 6-4 to Belgian Elise Mertens.

Mertens, the 14th seed, won five break points to dispatch Bouchard, who has fallen to 129th in the world after reaching a career-high of fifth in 2014 -- the year she reached the Wimbledon final.

Konta, who handed Serena Williams the worst loss of her career at the Silicon Valley Classic last month, will face former world number one Victoria Azarenka in the second round on Wednesday.

Azarenka was in complete control as she strolled to a 6-0 6-1 win over Kristina Mladenovic of France in a match that lasted less than an hour.

Other players to advance from the first round on Tuesday included Spaniard Carla Suarez Navarro and Russian Anastasia Pavlyuchenkova, who will face top-seeded Simona Halep on Wednesday.

Sixth seed Caroline Garcia of France and eighth-seeded Czech Petra Kvitova advanced to the third round with wins over Slovak Magdalena Rybarikova and Estonian Anett Kontaveit.