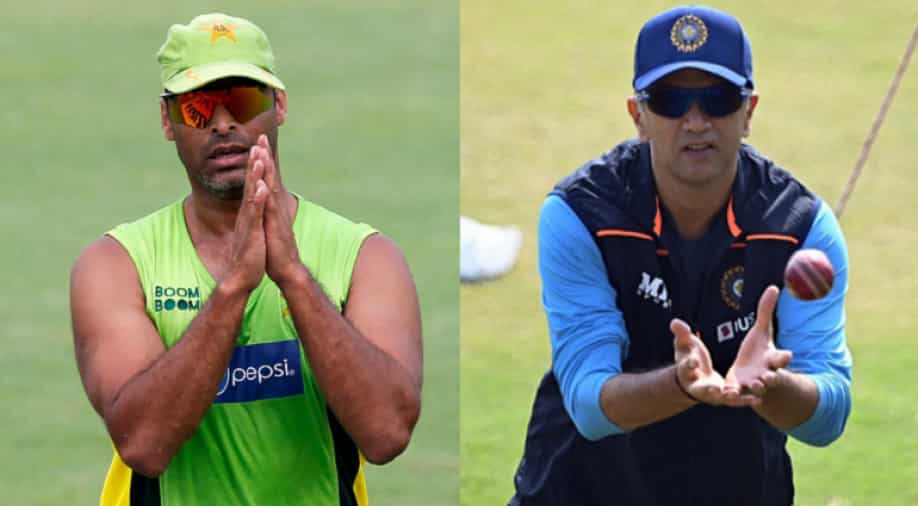 Shoaib Akhtar said Rahul Dravid will have to prove he is not an overrated coach. | Photo - AFP/BCCI | Photograph:( Others )

Former Pakistan pacer Shoaib Akhtar feels current India head coach Rahul Dravid will have to prove he is not an overrated coach as he has a challenging task ahead of him.

Former Pakistan pacer Shoaib Akhtar feels current India head coach Rahul Dravid has a lot of challenges lying ahead of him amid the difficult phase in Indian cricket. Indian cricket is in turmoil ever since Virat Kohli decided to step down as the captain of the Test side after the team's 2-1 defeat in the recently-concluded Test series against South Africa.

While he had himself decided to leave T20I captaincy last year, Kohli was replaced as the ODI captain by Rohit Sharma in December last year before deciding to quit Test captaincy as well. In Rohit's absence, KL Rahul is currently leading the Indian team in the ongoing ODI series against South Africa and there have been questions over his leadership credentials after the Men in Blue suffered back-to-back defeats in the first two games of the series.

After losing the first ODI by 31 runs, India lost the second game by seven wickets on Friday to concede the three-match series as the hosts took an unassailable 2-0 lead. Akhtar said Indian cricket is not going down after Kohli's downfall as the leader of the team but Dravid has a big job as the head coach.

The former Pakistan pacer made a glaring remark on Dravid and said the legendary cricketer will have to prove he is not an overrated coach.

"No, Indian cricket is not going down. You have to take control of the situation. Rahul Dravid has a big job in his hands. I hope people don't say that he's an overrated coach. He has to prove that, and obviously he has big shoes to fill in the place of Ravi Shastri. He has a big task ahead, let's see how he performs," Akhtar told PTI.

Dravid is working with the Indian senior team for the first time in his coaching career but has been in the BCCI system since 2014. He was the head coach of the Indian U-19 team for four years and inspired the U-19 team to glory at the 2018 U-19 World Cup. He has also worked with the India A team and a couple of IPL franchises.