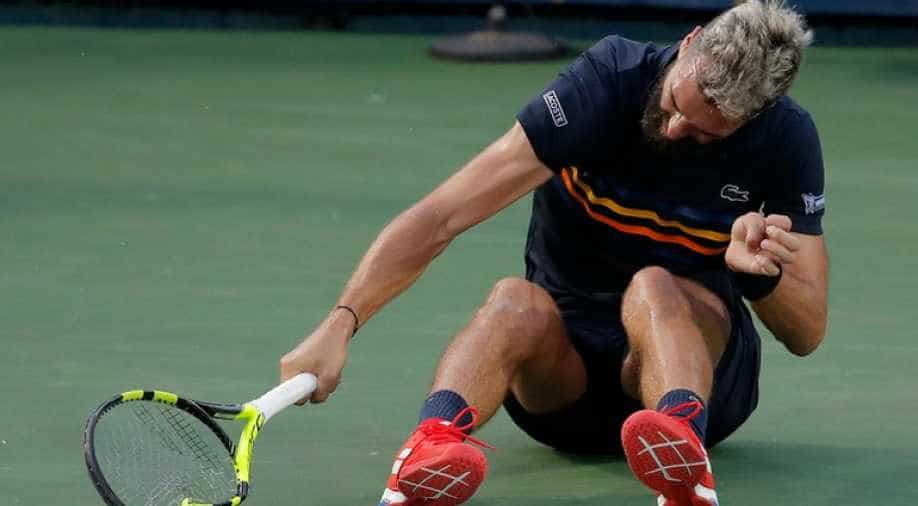 French player Benoit Paire has been fined $16,500 after a racket-smashing meltdown during his first-round defeat by Marcos Baghdatis at the Washington Open this week.

Paire, known for his volatile temperament, smashed three rackets and kicked a courtside bench and was booed off the court after appearing to give up on match point down.

After falling, he smashed his racket over and over into the court, then took another one from his bag and destroyed that. Another frame bit the dust at the end of the contest.

A meltdown of epic proportions from Benoit Paire ??

Paire was sanctioned for "audible obscenity, unsportsmanlike conduct and a lack of giving best effort".

"Yes, yes it`s true I got upset yesterday," he wrote on Instagram.

The ATP fine was more than double the appearance money he made at the tournament.