Tendulkar says Australian Marnus Labuschagne reminds him of himself 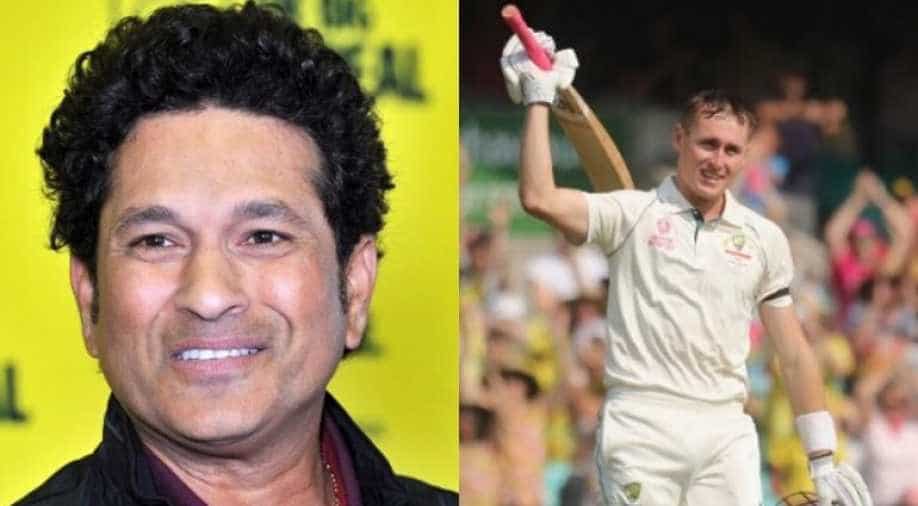 Labuschagne has scored 1459 runs in 14 Tests so far with an incredible average of 63.4 with four centuries and eight half-centuries

"His footwork was incredible, so he would be the one I would say," Tendulkar said when asked if any batsman reminded him of his own playing days.

"I saw Marnus getting hit (on the helmet) off the second ball from Jofra Archer and post that, the 15 minutes he batted, I said 'this player looks special, there is something about him'," the Indian legend noted, adding, "footwork is not physical, it's mental."

South African-born Australian has had an incredible year in international cricket notching up 353 runs in the recent Ashes series. Labuschagne had made his one-day international debut against India at Mumbai two years ago. The visitors had won that match with Labuschagne neither batting or bowling.

The 25-year-old who was the leading Test run-getter last year is now behind Indian captain Virat Kohli and Australian batsman Steve Smith in the ICC Test rankings.

Tendulkar said Marnus was "mentally strong" while complementing the Australian.

"If you're not thinking positively in your mind, then your feet don't move. That clearly indicated to me that this guy is mentally strong because if you're not, your feet will not move," Tendulkar said.

Labuschagne has scored 1459 runs in 14 Tests so far with an incredible average of 63.4 with four centuries and eight half-centuries after making his Test debut against Pakistan at Dubai in 2018.