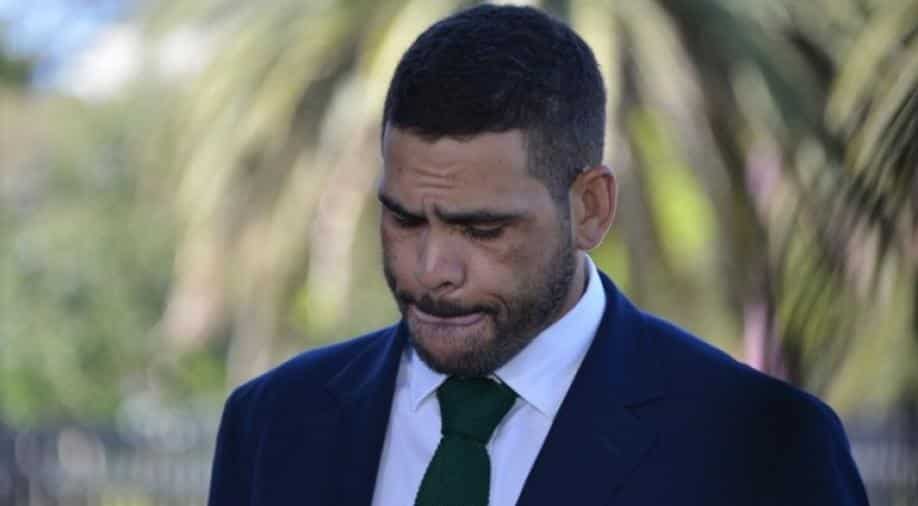 Inglis acknowledged he made a stupid mistake but refused to stand down from the captaincy, saying it was up to the NRL to decide if he can retain the armband.

Inglis, 31, was charged with drink driving and speeding on Monday, shortly after he was handed the captaincy over main rival Boyd Cordner.

The suspension means he will miss the Kangaroos' matches against New Zealand and Tonga later this month, with Cordner -- the co-captain of the NRL premiership champions the Sydney Roosters -- to take over as captain.

"Greg is not just a great player, he is one of our best role models, but he made a poor decision on this occasion," Greenberg said.

The NRL said that the Queenslander had accepted their decision.

The longer-term future of Inglis as skipper remains uncertain, with NRL.com reporting that the NRL Integrity Unit will investigate before a decision is made.

Inglis earlier Tuesday acknowledged he made "a stupid mistake" but refused to stand down from the captaincy, saying it was up to the NRL to decide if he can retain the armband.

"We'll just wait and see what the NRL decide, it's out of my hands now," Inglis told reporters in Sydney.

"But it's still something that I'd really love, to be Australian captain. Obviously we have standards there... so it's disappointing from my end."

Inglis was pulled over for speeding in a black Mercedes on Monday afternoon near Lithgow, west of Sydney, and failed a breath test.

The South Sydney star had been attending an indigenous sports carnival and said he mistakenly felt he was under the limit and able to drive.

He is set to appear in Lithgow Local Court on November 22.

"I don't think I've let my country down but I have let a lot of people down because of where I stand in the game as a proud indigenous role model," he said.

"I think I've let a lot of kids down, a lot of people down in the sense of that community."

Inglis said he believed he still deserved the captaincy and expected the matter to be dealt with by late Wednesday.

"In 13 years I haven't had any charges laid against me or been involved in any incidents at all, so hopefully we'll wait and see," he said.

The South Sydney captain claimed to have the full support of the Kangaroos players.

However, Test selector Laurie Daley earlier said Inglis's position as skipper was untenable and called for him to step down.

"I don't think you can have the Australian captain going DUI (driving under the influence)," Daley told commercial radio.

"I'm pretty sure Greg and Mal will come to the decision that he needs to step down as captain of his country. He's let himself down. He's let the game down and he'll pay a massive price for that."

Inglis checked into a rehabilitation centre last year to deal with depression and other mental issues but said the latest incident was unrelated.