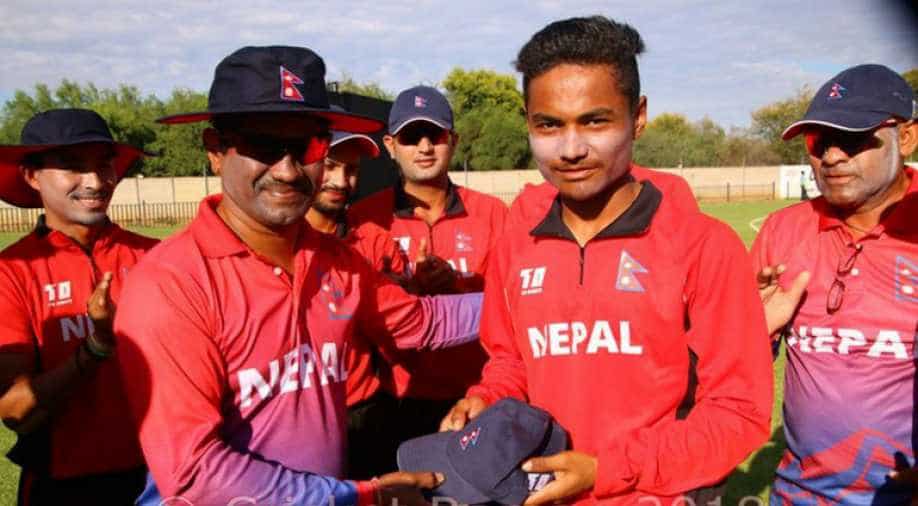 Nepal men's cricket team has lived their dream as they have played the historic two-match One-Day Series (ODI) against the Netherlands.

They created history by defeating the Netherlands by one run off the last ball to record their first ever one-day international victory.

The match was special for Nepal's Rohit Kumar Paudel, as he became the fourth-youngest men's ODI debutant of all time.

At 15 years and 335 days, Rohit Kumar Paudel played his first ODI match for his country.

Pakistan's Hasan Raza remains the youngest to play an ODI. He made his debut against Zimbabwe in 1996, when he was just 14 years and 233 days.

Here is the list of top 10 youngest ODI cricket debutants: Before Nepal's Paudel, the most recent addition to the list was Kenya's, Gurdeep Singh. He made his debut when he was 15 years and 258 days old. Gurdeep Singh played the first ODI match of his career against Afghanistan on October 4, 2013.

Canada's Nitish Kumar is third on the list – he was 15 years and 273 days when he played Afghanistan in Sharjah in 2010.

Aaqib Javed of Pakistan, aged 16 years and 127 days when he played the Windies at Adelaide in 1988, completes the top five.

Indian cricket legend Sachin Tendulkar is at the ninth position as he made his ODI debut for team India on December 18, 1989, aged 16 years and 238 days.