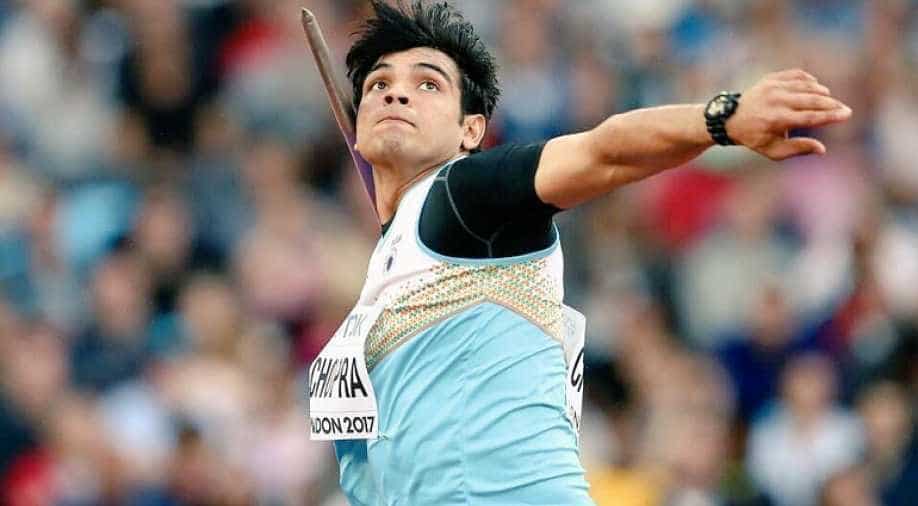 The 20-year-old Indian, who was competing in the season's Diamond League Series Finale just three days after winning Asian Games gold in Jakarta, sent the spear to the best distance of 85.73m to end at the fourth position in the eight-man event here last night.

Chopra, a Commonwealth Games gold medallist, was at the third position till the fifth and penultimate round but the reigning Olympic champion Thomas Rohler of Germany came up with a 85.76m effort in his last attempt to pip the Indian by a mere 0.03m.

The star Indian could not repeat his national record-shattering throw of 88.06m in Jakarta but his effort here earned him $6000 besides the enormous amount of experience he got by rubbing shoulders with the best in the business.

Meanwhile, a third-round monster throw of 91.44m from Germany's Andreas Hofmann earned him his first big international javelin prize as he claimed one of the 16 Diamond Trophies on offer in the first of the Diamond League Finals here.

The second Final will be held in Brussels today which will see competition in another 16 sets of events.

n the absence of world champion Johannes Vetter (who pulled out of the event), Rohler was the favourite to win the gold here but Hoffman, Germany's 'Third Man' (after Vettel and Roeler), upstaged his more illustrious compatriot to win gold.

Roehler had beaten Hofmann to the European title in Berlin earlier this season.

Chopra had qualified for the Final as sixth best in terms of points. He took part in three Diamond League Series legs. He finished fourth in Doha, sixth in Eugene and fifth in Rabat. He missed the Birmingham leg on August 18 due to the Asian Games.

The points were accumulated over the 14-leg Diamond League Series in a season. The top eight finishers in each leg gets prize money. The eighth-place finisher gets $1000 while the winner pockets $10,000.

Chopra will compete in the IAAF Continental Cup in Ostrava, Czech Republic from September 8 to 9 as a member of the Asia Pacific team before winding up the international season.

Top two athletes from four regions -- Europe, Americas, Africa and Asia-Pacific -- compete in the prestigious Continental Cup and Chopra will pair with Taipei's Cheng Chao-Tsun, who is the only Asian to have 90m-plus throw.

Cheng, however, has been struggling this season as he was carrying a minor shoulder injury and he finished fifth in the Asian Games while Chopra won the gold.