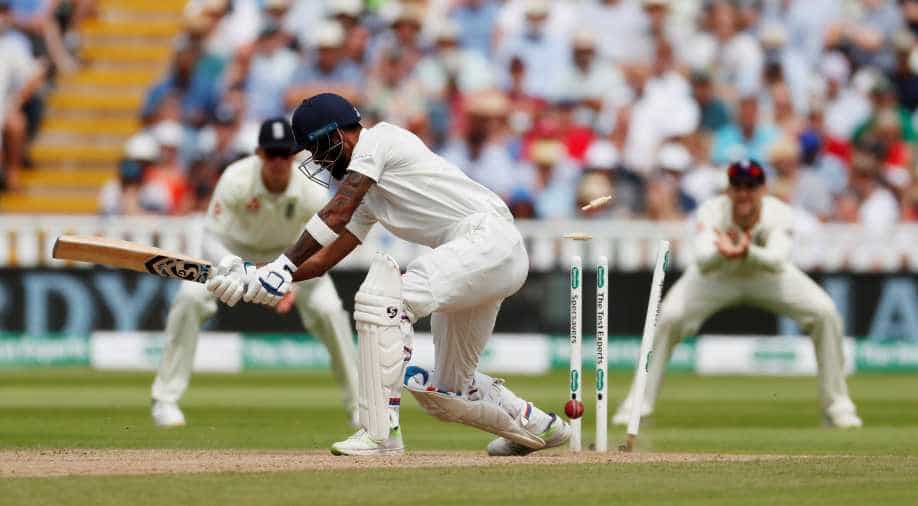 India suffered an embarrassing defeat at the hands of England at Lord's on Sunday. Though there are numerous reasons behind the loss, batting was a major concern as the batsmen failed to stick to the crease and kept on losing wickets in quick successions.

Angry at the way the world No 1 Test team played on foreign soil, Indian fans slammed the batsmen on Twitter, especially, Murli Vijay, who left them exasperated with his performance.

The opener was dismissed for a duck by James Anderson in the first innings as the visitors were rolled over for 107 and suffered a similar fate in the second innings.

With two ducks in a single Test, Vijay became only the sixth Indian opener to register a 'pair' in Test cricket history.

Many even sought his exclusion from India's playing XI for the rest of the series in England.

Murali Vijay is worse than Dean Elgar. At least he manages to edge a few to the boundary. Should be thrown out of the Indian team immediately. #ENGvIND

Murali Vijay needs some rest! Maybe for the rest of the series. :) #ENGvIND #LordsTest

Enough chance given to Murali vijay !! He's done with his career !! Only plays test cricket btw!! Very poor from him

Losing is fine but this is as embarrassing as you get.. KLRahul/MuraliVijay/Rahane/Karthik .. Drop all these people and replace them with upcoming young players.. @BCCI you guys have let the whole nation down.. shame..#ENGvIND

I don't want to see this Murali Vijay ever play for India again. He is 30+ and he is playing in one format alone. Getting a pair is the last thing we expect from him. Give a chance to some young lad. Won't mind him getting failed than seeing this same old Vijay flopping #EngvsInd

Vijay managed a total of 26 runs in the first Test but survived the selectors' chop with Shikhar Dhawan dropped from the second Test.

Chris Woakes's unbeaten 137 and a gritty 93 from Jonny Bairstow helped England declare their innings at 396 for seven, taking a 289-run first innings lead.