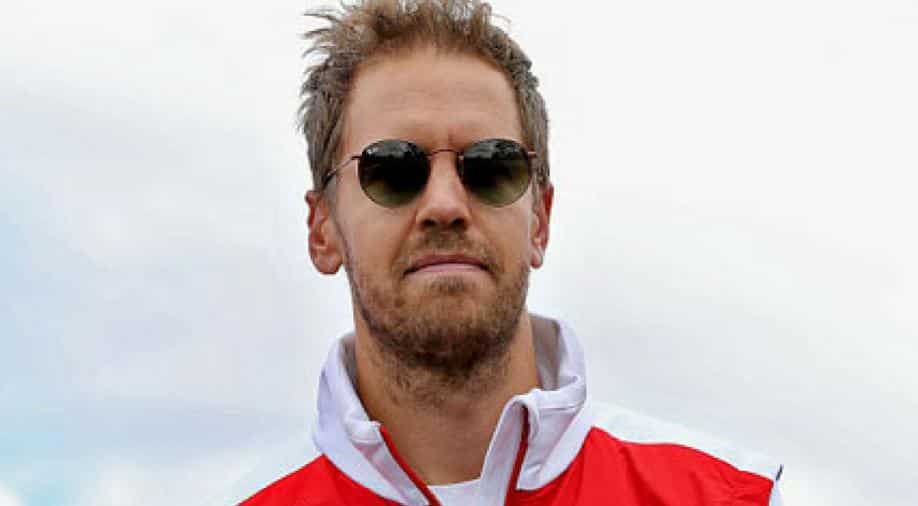 Sebastian Vettel can tighten the screw on Formula One leader Lewis Hamilton at Ferrari`s home Italian Grand Prix this weekend and write a new entry in the record books.

If he can deliver Ferrari`s first Monza victory since 2010, Vettel will also equal British great Stirling Moss`s unique achievement of winning at the `Pista Magica` with three different F1 teams in the 1950s.

Vettel, 17 points behind Hamilton after a commanding win in Belgium last Sunday, has previously triumphed at Monza with Toro Rosso and Red Bull and will fancy his chances of the hat-trick at the super-fast track outside Milan.

But Vettel is sounding confident.

"We have a good car that seems to work everywhere," the four-times world champion said jubilantly at Spa.

"Hopefully we can now carry that momentum and speed into the next race to Monza."

Mercedes have won in Italy for the past four years, with Hamilton on pole position ever since 2014 and triumphant four times in the last six years -- his first coming with McLaren in 2012.

Last year the Briton arrived at the circuit in the former royal park lagging Vettel by seven points and left with a three-point advantage in a turnaround that ultimately led to his fourth world title.

This season has been as hard-fought as any, with the two contenders each on five wins from 13 races and the advantage ebbing and flowing even if Spa suggested Ferrari might now have the upper hand.

"The next race, with this kind of performance they have on straights, we might struggle to match them there," Hamilton said at Spa.

Mercedes boss Toto Wolf, who recognised his car had deficits, felt the jury was still out on that.

"Spa was always a bit of a tricky one for us in the past as well," he told reporters. "Monza was a good one.

"So I am very curious to see how it`s going to go in Monza. Last year we were very much in control of the whole weekend and Ferrari had their worst weekend of the season, performance-wise. I`m not worried."

Red Bull will be looking more to Singapore, the race after, with Australian Daniel Ricciardo set to take a Renault engine upgrade that will incur engine penalties and leave him starting at the back.

Dutch team mate Max Verstappen, third in Belgium, will be the main spoiler hoping to get amongst the Ferrari and Mercedes drivers to stir things up.

Force India will also be hoping for another strong performance after Sergio Perez and Esteban Ocon finished fifth and sixth at Spa in the team`s first race under their new ownership.
Lance Stroll, the 19-year-old Canadian whose father leads the consortium that now owns Force India, started on the front row for Williams last year but there is no chance of a repeat of that feat this time.