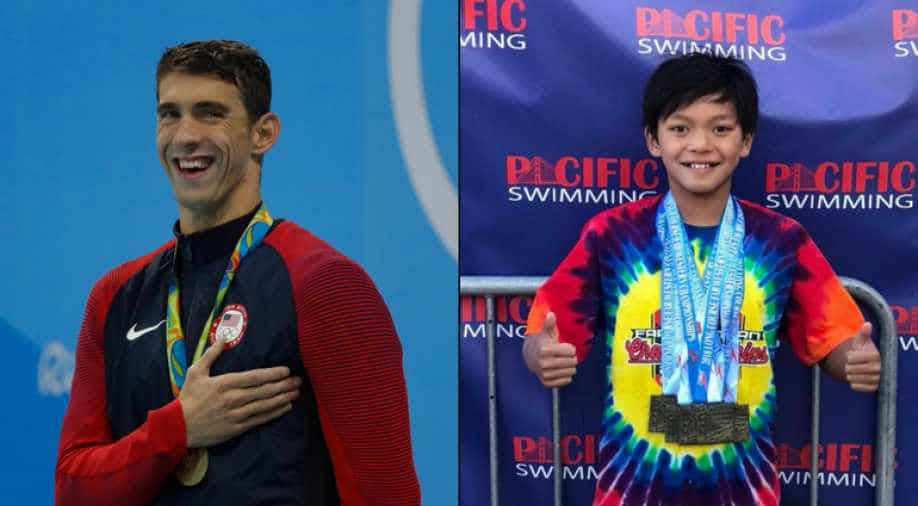 The 33-year-old Phelps Tweeted, "Big congrats to #clarkkent for smashing that meet record!!! Keep it up dude."

Big congrats to #clarkkent for smashing that meet record!!! Keep it up dude !!#dreambig

Clark Kent finished the 100m butterfly at a Californian swimming championship event with a record time of 1m 09.38s, more than a second faster than Phelps.

Nicknamed 'Superman', obviously, Clark Kent Apuada spoke to a leading media house and shared his thoughts on being the Michael Phelps record breaker. He said it is "amazing" as Michael Phelps is one of the biggest swimming icons in the world.

He also said that most people just call him Clark, but when he broke Michael Phelps' record, people have started calling him Superman.

His mother revealed the mystery behind his name, she said that Kent was named after the superhero, because of his father's love for the Superman.

Previously, the record was set by Phelps in 1995 who won 23 gold medals in a career spanning 16 years.

The record-breaker Clark already eying the 2024 Summer Olympics in Paris - when he will be just 16.