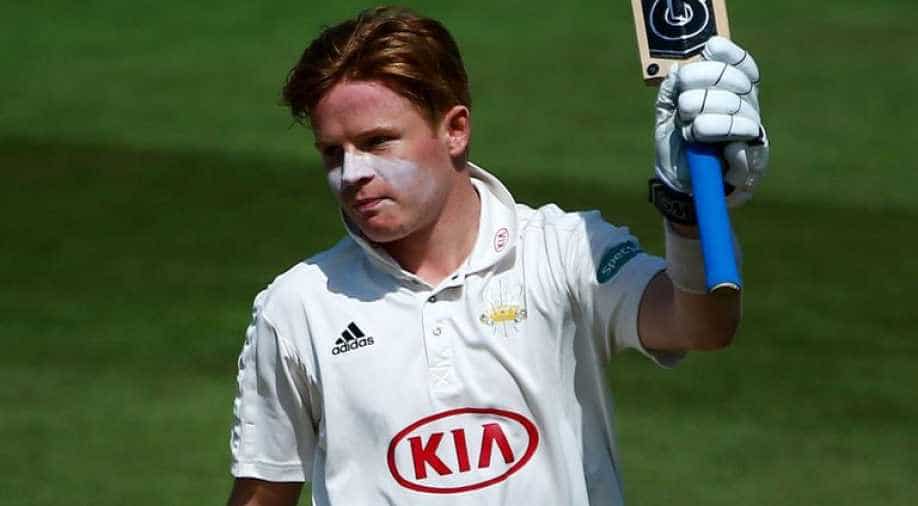 India will take on England for the second Test of the five-Test match series at Lord's. The battle isn't limited to just beat the opponent but it is about saving the pride the World No.1 team (India) lost after suffering a 31 runs defeat in the first test at Edgbaston.

But being a battle, it won't be easy as England have a trump card by the which may topple the plans and tactics the 'Men in Blue' have set for the next five days. The card is none other than debutant 'Ollie Pope'.

Pope will make his debut batting in the No 4 position for the second Test, despite usually batting at six for his county. The 20-year-old Surrey batsman is a direct replacement for Middlesex left-hander Dawid Malan, dropped from contention after modest returns this summer.

Pope made his first-class debut in March 2017 and has only played 15 matches, while he has never batted in the top five in championship cricket.

Today, when pope will take his place in the middle order, he will be the fourth player under the age of 21 to play a Test for England this year, after Mason Crane, Dom Bess and Sam Curran.

If seen his previous records then the right-hander has had a prolific summer - his 684 runs in Division One of the County Championship, at an average of 85.5, including three centuries.

In the Sydney First Grade competition, Pope racked up 994 runs for Campbelltown-Camden, a club that counts former England spinner Monty Panesar among its former players.

Pope is seen as a threat to the visitors and even Virat Kohli admitted to the fact when questioned, saying he has never seen him play but if he has been selected he must be very good.