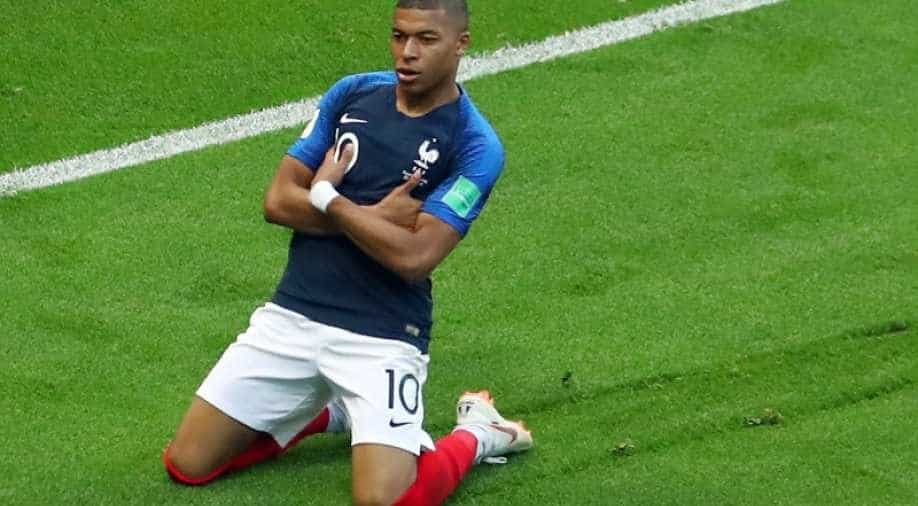 France forward Kylian Mbappe struck a second-half stunner before being sent off late on as champions Paris St Germain maintained their 100 per cent Ligue 1 record with a 4-2 victory at promoted Nimes Olympique on Saturday.

World Cup winner Mbappe scored with a powerful volley in the 77th minute to put PSG up 3-2 after Neymar and Angel di Maria's first-half strikes were cancelled out by Antonin Bobichon and Teji Savanier.

Edinson Cavani made it 4-2 in added time to seal a fourth win in as many league matches for PSG under their new manager Thomas Tuchel.

But PSG's victory was soured as Mbappe was sent off in the third minute of extra time after clashing with Savanier, who was also dismissed, following a late tackle by the Nimes midfielder.

Earlier, Neymar put PSG ahead in the 36th minute with his fourth goal of the season. Four minutes later, Di Maria produced a moment of magic by curling the ball directly into goal from a corner.

Nimes were not done yet and clawed their way back in the second half with a well-taken goal from distance by winger Bobichon and Savanier's penalty which was awarded after the intervention of the Video Assistant Referee (VAR).

However, PSG were rewarded for their relentless attacking and their superior quality up front helped them ease to victory. Tuchel's side are top of the league table after four games and could be joined on 12 points by Dijon who face Caen later.