Marseille hit back to snatch last-gasp win at Monaco 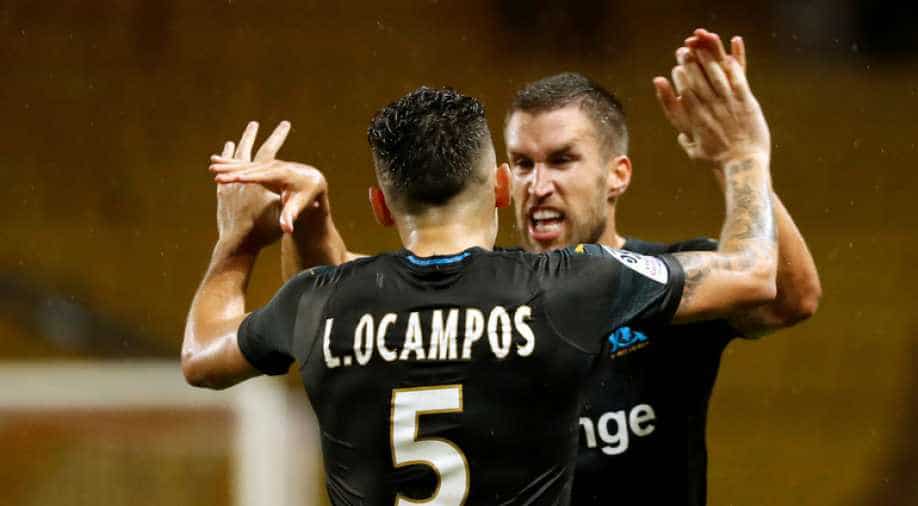 Olympique Marseille came from behind to win 3-2 at AS Monaco with a last-gasp goal from Valere Germain on Sunday, ending a dismal run against their main Ligue 1 rivals under coach Rudi Garcia.

Kostas Mitroglou headed home from a pinpoint Dimitri Payet cross to give Marseille the lead on the stroke of halftime.

But Monaco replied with two quickfire goals after the break as Youri Tielemans equalised and Colombia forward Radamel Falcao knocked in a loose ball from close range after the Marseille defence got into a tangle.

Substitute Florian Thauvin coolly turned a low cross to equalise before Germain headed in from a corner to win the game against his former club in the 89th minute.

Marseille had not won any of their previous 11 matches against the trio of Paris St Germain, Olympique Lyonnais or Monaco with three draws and eight defeats since Garcia took over in October 2016.

Bedouet remained in charge after talks to hire former France forward Thierry Henry as coach broke down early this week, according to L`Equipe.

PSG are top with a maximum 12 points from four games after beating Nimes 4-2 on Saturday. Marseille are fifth with seven points while Monaco have four.